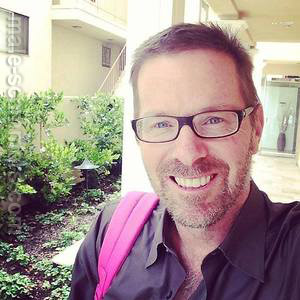 REPORT N1 (added on October, 14, 2016)
Eloha (USA)
Romance scammer.
REPORT N2 (added on July, 21, 2017)
Sophia (USA)
He contacted me through Facebook sending me a friend request. I accepted and he started politely greeted me, and then sending long romantic letters even when I told him that I was married.He introduced himself as Andy Hugo Mill from Italy, a diplomatic journalist working for the United Nation based in New York. The same day I realized he was lying about the time zone, he got it and the second day he told me that I am trustworthy and he decided to tell me the truth.He was deployed by the organization to Syria,so he needed my phone number to set a gadget communicator for more secure chats. I denied, he dared me to set hangouts app for security reasons. It wasn't enough, he insisted to disclose my email address.I did so regardless the fact that I was suspicious.He asked me to update his status from widow to fiancE so he could leave Syria and come to the States and meet me in person, that was the only way to leave from Syria. I referred him immediately to a therapist because he's under stress and I knew that I was a victim. He was asking me if I owned my house with my husband, and how much money I have spent for my luxury car. He promised me the world and when he realized that I was very negative he was getting very upset.I speak Italian, he didn't know that, and when I texted him Italian he replied back in perfect English. I was sure that he was a native English speaker.He wanted to use me to come to the States.

Romance scam letter(s) from Aaron Addison to Sophia (USA)
Good morning Angel of my Life, i truly believe there is nothing happening or that has happened in Life which God doesnt know about, when i saw you on my page as people i may know, i never intended to add you as friend until i mistakenly click the add button , i wanted to cancel it at first then i said to myself of course she could be a friend. when we started communicating , ordinarily when you told me you are married i should quit talking to you yet my feelings became stronger when i foudn out few things embedded in you , this is why i keep saying indeed you are a rare GEM your daughter is not anyway wrong by saying you are been too nice. my ANGELA Come to think of it, i said God must have seen my heart to know i deserve a good woman like you then it makes you submitted to my feelings then you gave me a chance,, it amaze me when you told me you were doing what you asked your daughter not to do and that is not to trust strangers... well, we dont feel like strangers
Read more