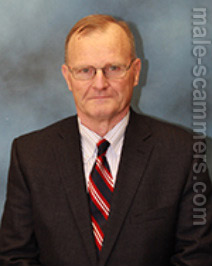 REPORT N1 (added on September, 12, 2016)
Candy (USA)
Started Aug 8th 2016 he was looking though my profile and was telling me how he never sent his eyes on a beautiful woman like me and he was interested in getting to know me. He also got my name and googled it and got my email address. He claims he is a General in the US Army and he is station in Syria for a peace keep mission.
I notice I have seen him on TV with the President of US he also sent me a photo of his military ID. He was asking me about my family and informed me his wife died and he never had kids but he did adopted a young boy who is 16 years old.
We chatted on and off he told me because of the terrorist his son was living with his teacher in Africa called Ghana to keep him safe. I told him I retired from Division of Correction and I have a lot of knowledge on noticing things that go on around me.
I asked him why would he be interested in a person like me when he could get any woman he wanted.
So on Aug 11th he sends me a photo of a young man he claims is his son Chris and sent me photos of him with the former President Clinton and his wife they both looked young and you can see these photos came from the media. Of course I like a dumbing sent him photos of me and my family.
Then around 10:08 our time in the US he said his son Chris was admitted in the Hospital he was suffering from Malaria. He said he is right in the War fighting for the safety of his country and can't help his son. He claim that Chris needed special care and his money had ran out and wanted me to send $400.00 dollars to Chris teacher. He could not do anything because he was in the war zone and wanted me to help.
I went on asking him question and his answers did not added up. I played along with his story until I got the address he wanted me to send the money to. He got very up set when I told him I did not have the money at this time so he sent me another photo of a young man laying in bed with tubes on him.

Romance scam letter(s) from David Murray to Candy (USA)
Its been fun reading through your profile on OurTime , Honestly I really admire your photos and you are the most beautiful woman I've ever set my eyes on ,I feel there is something so special about you which am really dying to know , I am not the type who enjoy flattering , whenever i compliment someone , i really mean them ,I knew you were not expecting a compliment from unknown admirer , but i wasn't also sure am going to meet a beautiful woman like you here online.

I would love to get to know you more ,who knows if there might be something we share in common , let's give each other a chance cause being lonely is the worst feeling ever.

I am David Murray , Nice meeting you ,I hope you don't mind giving each other a chance to know ourselves ,I am a General in the US army in Syria for a peace keeping mission.

Yes i am keeping myself safe and doing my best for my nation , I am from the United States and I am
Read more