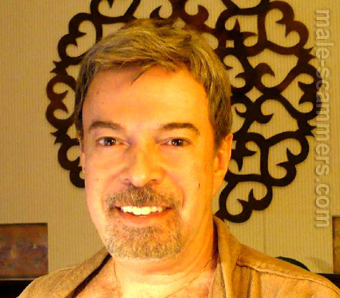 Romance scam letter(s) from David Schafer to Pam (New Zealand)
Hi Pam,
Thanks for your prompt response and i want you to know that i am very delighted to hear from you,i want you to know that i would like to learn more about you and sure we can get used to each other with time.I am 61 Years old widowed and looking.I am a contractor and I work on road and bridge ,but i am presently in Kuala Lumpur,Malaysia working on a project.I came down here 4 months ago to work for a construction company.I want you to also know that i lost my wife 5 years back.I have been married just once where i lost my wife to cancer some years ago and i haven't dated anyone since then.I just decided to move on with my life then look for that missing half of me.I want you to know that i am not on here to hurt anyone and i don't want to be burned too.I just want to settle down and meet that special woman to spend the rest of my life with.You sound like a very cool and nice lady and will want to know more about you.I will want to know what you seek in life.
Read more

Just sent you some picture of me and also some of Kevin.i do hope to get yours too soon.

Romance scam letter(s) from David Schafer to Victoria (USA)
Thank you Rose your reply my first mail sent to you talks  about me and my job .  ,I was born and raised in Israel,Dad from Germany while mom from Israel, I moved to Germany to further my education. Am the only child of my late parent.i am a widow.  i lost my wife in an auto crash  many years ago My only child Kris who work with the US Army, we both spent lots of time in the states, (Corpus Christi,Texas) and we became  American citizens.. Hebrew Language is my first languages and speak little Arabic and German.... I value in a woman love, compassion, passion, honesty, caring and giving. I want someone that will work in a relationship as much as I will. There is nothing better in life than true love. I hope to find my fairy tale . I like to travel, camping, fishing, hiking, the mountains, movies, music,reading, amusement parks, family, animals, writing poems...

Am looking for long term relationship, But we both know that it all depends on the conversations we can
Read more

Romance scam letter(s) from David Schafer to Iona (South Africa)
This is my prayer for us.

Father we love You so much and we worship You, Lord You are our First love and the Lover of our souls, Lord You spoke life into us so unconditionally, with You as our first Love, we respond to You Lord unreservedly.we your children did waited and now we are taking the bold step of loving and being loved by one another intimately

Thank you for bringing me and Iona together. We sincerely invite you into our relationship that You created in Heaven, lead us to follow Your plan for us, You want us to be obedient in so that Your Name be lifted up High.

Bless us in such a way Lord, that in our relationship we stay humble and focused on You, that we will always be open and honest towards each other, with the respect that is born in us through Your guidance.

Let us be like water always transparent, good and moving forward in our relationship, let us be like the birds sing and fly around happy rejoice in every new day you bless us wit
Read more

Romance scam letter(s) from David Schafer to Eloha (USA)
Hello pretty, How are you doing over there? You got a nice lovely profile cheers

I am glad you wrote back and thanks for taking the chance to contact me. Let me tell you more about myself. I'm God fearing, honest, caring, trustworthy and understanding. I have an easy heart which makes me enjoy helping people when I can and I¦fm also into charity giving. I was born May 21st, 1954.

Im a widower for 13yrs,my wife died of breast cancer . I'm originally from Amsterdam Holland. I am a Civil Engineer, into building and labor construction,and also designs and supervises large construction projects, including roads, buildings, airports, tunnels, dams, bridges, and systems for water supply and sewage treatment. ...I want a serious relationship with a honest and understanding woman because I'm not getting any younger so I don't want to play games and I want something serious with the right woman who is willing too. That¦fs why I want to keep in contact with you to see where God will lead us, what do you think? I was in a relationship s
Read more

Romance scam letter(s) from David Schafer to Janet (USA)
Oh thanks so much Dear, Actually you are the first person to ever mention about my eyes and it really made me smile as I was reading your mail. I really admire your honesty, it shows a good sign of you from the beginning I must say, I actually don’t reach out to much people too, I felt good about your profile and also you have beautiful pictures so I decided to give it a try. I first registered on this site like a week ago before I traveled to Dubai for some meetings and a Real estate investors seminar. Since I registered the first time before I traveled yesterday was the first time I was online and you are one of the first people I talked to, I had tons of message but I can’t just reply to all the messages I get. I just felt good about your profile and I said to myself give it a try she might be a friendly one to you.

Romance scam letter(s) from David Schafer to Leslie (USA)
I am just a loving and caring man who wants to love again and all i dream of is my future love without regrets of trying to love again, I look at myself as being down to earth, simple, caring, fun. I do my best taking care of myself between work and life. So far, so good. I enjoy going out for dinner, a movie or maybe even coffee or an occasional light drink just to talk. Communication is very important to have. I'll always treat a girl right. opening doors, holding hands, looking into your eyes when we talk. I'll always give my attention to you. Don't misunderstand me, I'm not perfect, I make mistakes and have flaws, I'm a guy and i"m human as well. I enjoy life. I love a good laugh and like to have fun. When I first meet someone, I'm quiet and shy. Once I'm past that, I can talk your ear off. lol. Just give me time to relax. I can be a little nervous. A relationship with honesty is very important to me. I will always make you feel special. I'm an open minded perso
Read more

How are you doing today and hope all is well with you over there madam? below under is the details you need to send the money to us okay, Madam you will send the money through money gram okay , Please as soon as you make payment just send me a copy of the slip madam Thanks Country :USA Receiver name:Barrie Adams, States: Massachussets, City: Boston....

Your mail was received and the content is well noted and understood we the staff and management of the Hand Delivery Service do await your response to conclude remittance requirement in favor of your husband before we proceed with the delivery,you must pay the clearance fee which is 1,720 United States Dollars , as soon as the fee is paid your package will be deliver to you at your doorstep in 72 hours all necessary arrangement for the delivery of your package is in process. Upon confirmation of your Email you will receive the details to make the payment. As
Read more

Romance scam letter(s) from David Schafer to Leslie (USA)
I haven’t dated much in recent years because of some reasons. Now I’m ready to meet the the much anticipated woman ready to give me good qualities and bring me a bit of happiness.

I am loving, caring, romantic, respectful, honest and fun to be with. i like traveling, swimming, at my leisure time.

I want to meet a woman that is respectful, honest, loving irrespective of her body status either slim or fat, fine or not. It doesn't matter what matter to me right now is her character.