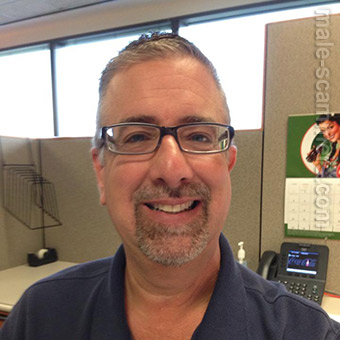 REPORT N1 (added on September, 8, 2016)
Jay (Australia)
Brent approached me on the dating website Plenty of Fish (POF). He was charming and kind. He presented as a Surgeon for the United Nations Military posted in Afghanistan but based in Logan, Brisbane, Australia. He claimed to be a widow with Four (4) daughters. I'm assuming his pictures are someone else's stolen identity as there are other occurrences of the same emails he has written under many different alias's on this site. At first I only performed an email search with the first two paragraphs of his email with no success. Luckily I continued on further down in his message and kept checking. I think this guy is also the infamous Jack Redd as his emails are a match. Busy guy. He even answered quite a detailed message with an personal opinion. From what I have seen so far most of the messages are quite generic...so this man is actively involved somewhat in what he is doing at times. I'm very grateful for this site. His personal opinion on a subject was inconsistent with his alias romancer identity. To further elaborate, he works for the Government as a highly distinguished officer and then he blamed the governments for refugees and global displacement of people....and with grammatical errors...so he is not as smart as he thinks. It is sad that he preys on the loneliness and vulnerabilities of some people online. I'm quite annoyed initially I shared personal information and pictures of myself that he can now use against poor unsuspecting males. All one can do is learn from this mistake. :)

Romance scam letter(s) from Brent Alonso Luiz to Jay (Australia)
Thank you for the message on POF.. I would like to tell you more about me, so you can have a better understanding of who i am and my reason here on internet dating. Am a Distinguished Graduate of the U N Air Force Academy and the Uniformed Services University of the Health Sciences. I work for the United Nation as a military Doctor. I'm presently on a peace keeping mission down here in Kabul and will be home in few weeks.