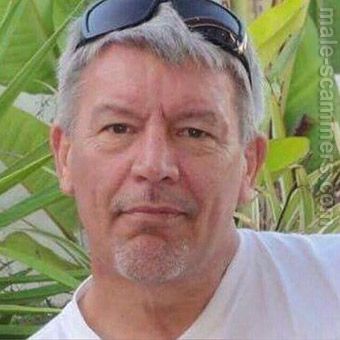 REPORT N1 (added on September, 8, 2016)
Nancy (USA)
Met on dating website July, 2...he explain that he was from Hungary moved to Netherlands moved to United States for 4 yrs.Now living in Louisiana and is a mechanical engineer on ships, divorce 3years have one daughter age 27 which lives with mother in Netherlands. I confronted his phone number which is CA and he just moved from there to Louisiana. Within 48 hours he was wanting me to discontinue my subscription to dating website. Next day I was fixing to do that but I had seen that his was not so I was reall mad and did not what any more communication. He was upset but that was fine with me then 13 days later he text me wanting to talk. He explained he understood that I was just protecting my heart so I started communication again now this was on a Monday. After having a phone communication which he did have a accent but could understand him completely. He informed me that Friday he will be leaving for a job on ship to Philippines. He was to be back in mid August.i told him I could come down to LA but no he was finishing up a job there in LA..he was to call me before left but no phone call. On 4 days later he text me on WhatsApp. During the next 4 weeks he wanted itunes and $800 fee for transporting containers.He also ship was being attack then motor on fire had 2ndparty in Africa needing fee.This took all 8 weeks. I had US Embassy on alert for ship that was attack. This scammer didn't understandwhy I contacted them. I did pay for iTunes but refused $800 fee. Scammer said that we were a team and was upset. He uses a lot of cartoon pics and of himself. So if you met up with him he will gain your trust by saying you have trust issues. Yes do have trust issues because when you don't met a person and romance included. Have several pics very nice looking for being 60 yrs old. Ladies do not be taken by him by money or mentally suck in by his romance.

As per telephone conversation Mr Wallace has two containers that were on a ship that got racked . We used our tracking system to identify them as his. The containers need to be cleared and inspected in order for us to identify what is inside of them.

In order for this process to be done a fee will be required. The amount required will be R10,800 which is equivalent to $800 US Dollars.

This payment can be made to Zoleka Jack who is my superior.