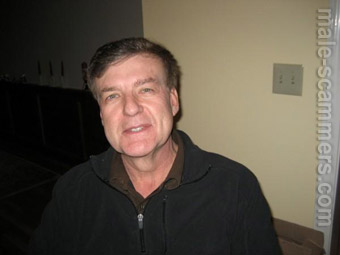 REPORT N1 (added on August, 12, 2016)
Joy (USA)
We began communicating about the first of June after meeting on a dating web site. His profile stated he was a Architecture / Interior designer. On June 13 he sent me a message telling me was on his way to the Dominican Republic to begin a contract in Punta Cana. On June the 24 I received an email telling me he had been delayed in coming home. He found out he needed a permit he had not planned on. He had most of the money but needed $1500 more. He sent me what I believed was a copy of the check he had been paid with. So I sent the money. He was due to return to Dallas on July 2. I received a phone call that day telling me he had been detained by the police. It seems that a gentlemen he had a beer with, knowing he was coming back to Dallas asked him to take an ipad to his daughter in school. He agreed and turns out it was loaded with cocaine. Next time I hear from him he was in jail and needed money for bail. This time he wanted $500. He was ill and had been in the hospital for blood pressure issues.
In the mean time I had been visiting his profile I had saved on the dating site. I noticed the dates he had visited the site were changing. He was supposed to be in jail why was he on the web site. So I began watching it. Every day the date was changing. None of my other favorites dates were changing so I wasn't causing it to change. So, I blocked him from sending any more messages to me on my phone on the 20th of July.

Romance scam letter(s) from Zlatan Alfred to Joy (USA)
I very much enjoy the company of a right woman and love chatting about a whole range of topics. If you are a person who finds it very easy to make conversation so much the better as I'm a very good listener. I'm quite old fashioned in some ways and adore woman who are feminine and take pride in their appearance. Likewise I take a lot of pride in my own appearance and feel very comfortable in a well-cut business suit.
I have a wide range of interests but I'm always happy to cultivate more to suit my partner.
You will find me to be a respectful, thoughtful and kind person who is also cheeky and humorous. I always endeavour to be positive and optimistic, and every day tell myself how lucky I am to live in such a wonderful country and that there is so much beauty around us to appreciate.
I'm a warm person, affectionate, tactile, easy-going, articulate and intelligent, honest, resourceful, romantic.
I would make someone a great partner and contribute a lot to a in
Read more