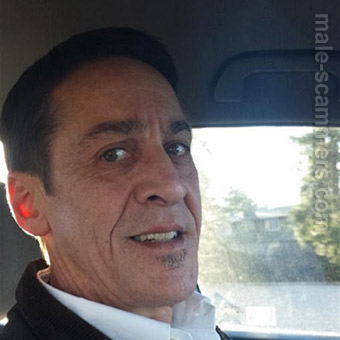 REPORT N1 (added on July, 21, 2016)
Beth (USA)
David Robert contacted me on match and gave me his private email address to contact him. He told me he was an engineer and had been a widower for 6 years and had an 11 yr old daughter named Merriam. We continued to email one another and he would call me on a daily basis. After about 2 weeks he said he had gotten 2 contracts - one in Asia and one in Africa. He chose to take the one in South Africa. Once in South Africa he gave me his phone # their and then told me how his daughter had lost their baggage that contained his laptop, wallet, phones and passports. He asked if i could sent $1,000.00 so he could purchase a new laptop and phones. I told him I didn't have $1,000.00 to send him so he asked for whatever i could send and that he'd repay me back. I sent him $400.00 via Western Union to a Sibusisiwe Nontlantane, 121 Nelson Mandela Square, Johannesburg, South Africa. He then sent me pictures of the so-called laptop he had purchased. I was extremely suspicious by then so decided to check online using some of the things he'd said to me in my search and found this site with same messages sent to me as someone else had received but with a different name than David Robert. I know I will probably never see the money again and to be frank I wanted this guy to be for real. I just don't won't anyone else hurt. He called me again this afternoon and I told him I was on to him. He told me that he loved me and that he had been truthful with me but after seeing the information here on this site I'm not convinced.

Romance scam letter(s) from David Robert to Beth (USA)
Hi Beth,
Thanks for letting me have your personal email address,i feel honored. Your profile did warm my heart when i saw it. You look so cute, decent and with the gorgeous picture of you, i don't think I have the exact word to express myself at the moment cause am interested in getting to know more about you.
Am a widower as you know in my profile, we were married for 20 years and have been a widower for 6 years now, I am Originally from Denmark, and I live in Canada, am on a job here in the state which am almost done with, I am an engineer who is into building constructions, I build houses, hospitals, bridges roads...etc, I am self employed and i handle my job in contracts. My daughter is 11, she lives in Canada(my base) and I love her so much, she doesn't get to travel with me often and stays with the Nanny back home whenever i'm gone on a job, she likes biking, shopping and swimming just like myself.
I signed into chemistry site recently in search of someone
Read more