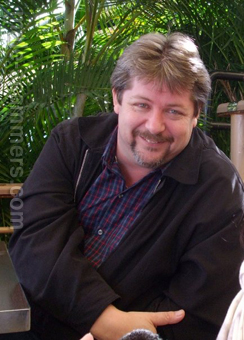 REPORT N1 (added on May, 31, 2012)
Sheryl (Australia)
He claims he was born in Deer Park Vic Australia, but lived most of his life in Rockhampton QLD Australia. Australian born Mother from Perth WA & father Italian, both deceased & has a son 21yrs old, but does not live with him, divorced. First he contacted me on Plenty Of Fish Australia & then moved quickly to Yahoo Mail then IM. (his profile was removed after he contacted me) He was on Facebook & has several photos, I have copies but the profile has been removed now. Claims he is in love & has a long story...he was hospitalized in California with Type 2 diabetes... but many complications. (By the way this has been going on for months) Being sick in different hospitals, had to have an operation and even though I was Never asked for money...the hints were there. Had a bad habit of disappearing for nearly 2 weeks at a time. Unreachable! Said he was unable to contact me because he was in the hospital & Lost his mobile somewhere & no money to call me.
He said that he was in California on business (was bidding on a contract for construction machinery) & had been living in the UK where he has a property up for sale! (cannot get the money for the sale of his property until March 2012) Gave me a phone number in California 001114158529860. I have only ever managed once to get through to him & he had a very strong accent...Not Italian. Then a man called dickson_idahosa@yahoo.com was trying to contact me on IM. I had blocked him as I did not know who he was. Then I got an email said he had been trying to contact me in regards to Chris. He was back in another hospital & if I knew any of his friends or relatives here in Australia...as he needed help to get back home and he had huge bills there in the states. Dickson had a sister Carmen Bodie & asked if I could send money in her name (Western union) I did send $200 STUPID ME...as I believed he was very ill.
Then nothing again for 13 days & I checked his facebook page & he had pics on there that he was in Kuala Lumpur. STORY IS: The USA Doctors would not treat him anymore because he owes money & cannot pay, So was taken by a Doctor Carroll Godemen back to Kuala Lumpur to his own hospital there, as he agreed to help him get back on his feet. (but he is holding his passport until all the bills are paid back in the states) So apparently he is living in the Drs private quarters. He is desperately trying to get back to Australia & needs help! I would like to know if others know of this man or recognize his photos?

Romance scam letter(s) from Christiano Alex Adams to Sheryl (Australia)
Yea i know am not that good looking but just thought i could share some pictures. Thanks again for your lovely note and i must confess in a way it has been really great getting to know you. I wonder why someone as cute, gorgeous, stunning and amazing as you should still be single. Life could be unfair at times....and wow am glad you are, cause thats why i got to meet you..haha

And yes am Australian Born, born and raised in Deer Park Victoria. Dad is italian and mom was from Perth. Lived most of my life back in rockhampton. And yea i do love the heat more as i dont like being cold, makes my night worse as i have no one to cuddle. Am glad i didnt offend you earlier with my note and i hope i dont this time.

Your words about Madras Curry with rice makes me wanna come join you for dinner. Not sure if i told you am a very good cook. Can boil eggs and fry them too, lol thats good enough cooking. I sure would love to hear from you again nd i just so wish i was goo
Read more