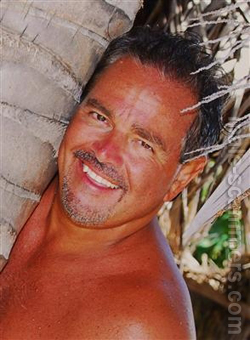 REPORT N1 (added on May, 30, 2012)
Diana (Australia)
Beware of this man Michael Robert Donatus he has learned the skill of communicating to you convincing you from the very first time he introduces himself and continues to worm himslf up where you are completely convinced then sudenly something happens to his daughter that feel obliged to help him MICHAEL DONATUS says he is from from Florida and he is looking for that someone special to be his life partner MICHAEL DONATUS is widower his wife died in a car accident and he was left with his daughter Diana who is 8 years old .Then all out of the blue he has to travel to Malaysia he has spoken to his mum Marie who lives in France and he has to travel there straight away to claim his inheritance his late father left him .This Michael Donatus works out of Kuala Lumpur,Kepong,Malaysia.First he says he is frenchman living in Florida .He sends photos of him and his daughter and he is god fearing man a catholic talks about church and family values.I met on Facebook he sent me a message and I did not get into my facebook i spoke to him by email thank God for that.Then in Malaysia his daughter has a freak accident the he asked for $700US to help him I felt for the daughter being in a differnt country,then it was the security company that was holding the inhertiance $1000US and then it was the airfare $700US to Australia and he didnt turn up and few days later his kidnappers rang me up and I speak to Michael they wanted more money .That was the last time I spoke to him Michael.Michael Robert Donatus he doesnt leave you a phone number or a address its high security because his inheritance but when you send money to him its Michael Robert Donatus,Kepong,Kuala Lumpur, Malaysia.I hope this will help some innocent women out there from people like Michael.