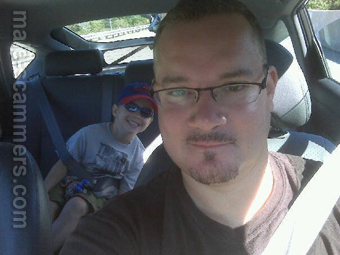 Romance scam letter(s) from James Walton to Margaret (Canada)
Hello my sunshine.LOL! You must wonder why i call you sunshine,.Can't get the picture of you off my mind. i felt like giving a hug,lol. Just as the sun, lights up the earth, you light up my life.
The only one i have met, with a heart so bright.You came around my way, you changed my whole scene right away, with your outstanding personalty. The only reason this was possible is because you must have potrayed yourself well and you have been Yourself. That is good, because if i ever fall in love with you for beauty, I wouldnt walk more than miles to see more beauty, If i love you for wealth, I wouldnt walk more miles to see more, If i love you for smiles, I would see more in tv,lol But the only thing i can fall in live with you that cant be gotten by anyone else is being YOU!I dont know what i have done that i deserve a second chance. I lost one and yet i found another angel. How did i become so lucky. I trusted my instincts and got only you from that market and you tur
Read more

Romance scam letter(s) from James Walton to Charmaine (South Africa)
I was excited yesterday that we finally got to chat.... I guess we can do better if we try...lol
How are you today? .... How is everybody in the house? Am so happy you're getting along so well, I just left what am doing to write you this email...
Let me start by telling you how i have been feeling about us...
I've been here thinking about you and wishing for the day i will be with you, I have been making so many imaginations and that is so crazy but i will tell you some and hold the rest till we see you face to face.
I keep thinking about the future, about life, and what i want out of it. I keep thinking about us and what this relationship means to me basically. I keep thinking about these things and i realize they go hand in hand. I want this relationship to be my future.. I want to see you walk around our new house in a big t-shirt with your hair down and catch me staring at how gorgeous you are!!! Just feeling like this is all a dream but i know we can achiev
Read more

Romance scam letter(s) from James Walton to Suzanne (USA)
Hello Dear Sorry for bugging you up with my message; How are you today, It's a beautiful day here and I do believe it's the same for you. Oh dear, forgive my eyes for admiring your beauty I saw your profile photo with your gorgeous look and thought I should write to this pretty Angel (YOU). Your look is good and I do hope that your heart speaks the same as your beautiful Look. pretty, I believe that the smiles in your sweet face radiates from the inside and not just limited to the face. You seem truly a nice person and that drew my attention to you. Could you give a chance to talk with you cheers Richard

Hello my dear Suzanne Thank you for your response dear, I must admit that I am so excited to hear from you...I was actually browsing on my Facebook before your page came up in the suggestions and I liked your pic, the very sweet way you look...your look is so adorable and I would really love to know you more...Thank you so much once more for yo
Read more

THANKS FOR ALL THE INSULT LIKE AM A COWARD THANKS I PRAY SOME DAY YOU WILL GET TO KNOW THE TRUTH FOR ME AM FEED UP WITH ALL THE INSULT AND DOULT FROM YOU.....WELL THANKS ALL THE SAME FOR YOUR LOVE.I LOVE YOU BUT NOW I DONT WANT TO EVER HAVE ANYTHING TO DO WITH YOU AND NOW I CAN SAY HERE I CLOSE THE COLTHING AND IF YOU MUST KNOW AM FAR MORE HONEST THAN YOU BUT YOU WILL NEVER KNOW .GOOD LUCK.

Romance scam letter(s) from James Walton to Fitri (Indonesia)
Hello, how are you? My name is Ryan Edward, your profile caught my interest so I decided to write you to propose friendship between us if you do not mind. You can write me back so we can take it from there towards working out compatibility,you can write me directly to my email because of my work am not always here on this site.My email is is {ryan_ed87@yahoo.com} I look forward to reading from you. Thank you.

ok thanks for your reply.do you have yahoo messenger too so that we can chat there sometimes?

yes i have skype.so can you send me a request so that we can chat in skype?my skype name is ryan.edward56 am waiting on skype now

Romance scam letter(s) from James Walton to Sue (USA)
I love you too honey, after writing this latter to you I will kill myself to death. I can't do with you babe I know you are not the reson why am here. I am just tired of living. Why always me babe. Why can't you come down here so we can meet and you gonna take me home. I am going to jail tomorrow

If you really love and care for me you can't ask me do such an evil act. I don't know you have an evil heart. Good byee

I can never fuck another woman apart from you unless you don't want me again. I love you Sheryl and I want to be with you for real. God knows

I trust you too. You are the only one who can help me I am going no where I will wait for you if possible come here and take your husband home.. This is
Read more

Romance scam letter(s) from James Walton to Joanna (England)
Hey dear, I'm so sorry for getting back to you this late.. its been crazy these past week cos I have not had internet here and its been crazy. I'm so so sorry but we are moving to a different site where the reception is good. I started reading your messages last night and I go to bed looking at it and wake to run to it,lol, cos your words have a lot of similarities with mine and we want a lot of things together like having a lot of attentions from our partner , i must say i am thrilled and that makes me smile.

When i run to the pc and finally see your name on it, a big smile escapes my mouth and i feel yeah i have another chance to to build the dream life and yeah it seem started lol! There is no mission without a vision, so the dream here is what we have in common, maybe i should just tell you how a typical day in the dream life looks like for a picture here.

I wake up to her fresh breathe on my neck, make her breakfast and bring to bed so i can get paid wit
Read more

Romance scam letter(s) from James Walton to Eloha (USA)
Hello dear I am so much interested in you, please send me your email id so that we can have communication there and know more about each other

How are you doing today? I hope that you're good and happy? It's nice meeting you here hi5, I hope we can be serious in this communication so that we can be able to find out things we have in common then see what we need to learn about each other, I have not been in this kind of communication before but I need to give it a try this time because I know there is no harm in trying.I have only one son,, And i have been divorced for 5 years now, so I am looking for a serious relationship to settle down with and that was the reason why i send you message here so that we can communicate and know more about each other.Please kindly tell me about yourself so that we can start from there. I am waiting for your urgent reply.

How are you doing? I will like to communica
Read more

Romance scam letter(s) from James Walton to Jayne (Philippines)
Hello my beautiful, our unborn daughter and son mother, attached is my bank card only for you baby
love you
your husband
Mike

Hello my love!
How are you my darling
I love you more than words can express baby
You are my world and my everything
Honey, I just left a Standard Chatered bank, I am in front the bank honey
I have little stress and problem honey.

The transportation company that will transport my goods to site ask me to pay $2860 USD only
I went to bank just now to use my my bank card with OCBC BANK singapore , but my transaction was declined
I called my bank in singapore, and they said the chip on my card might be destroyed, and this was why the transaction was declined and the reason why I could not with draw cash
They said they will fix the problem but it will take a months time to fix and provide me with another bank card.

Right now baby, I am so worried because the customs officers has informed me that I need to tak
Read more