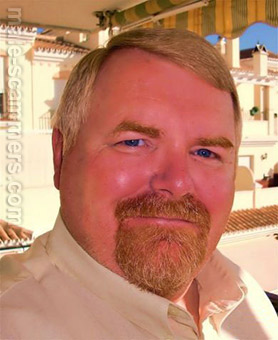 REPORT N1 (added on March, 30, 2016)
Jean (USA)
I met Clarence Presley on POF. He said he was living in Adams, NY and worked as a construction engineer. He said his wife of 40 years died of cancer 5 years ago. He said he had a son named Taylor, 23 yrs. old. After talking to him a couple weeks, he tells me he got a 5 week contract in Kuala Lumpur Malaysia. He left on the 23rd of January. He continued to call me and gave me a phone number in Malaysia. After he had been there for a couple of weeks he begin to ask me for money to help him buy some equipment because he couldn't get a loan in the US in time to do the job. He wanted $11,500.00 but said he would pay me back. I did not send him any money. Then, he started telling me he ran out of money and wanted to come back to the US to be with me and wanted to marry me. So, he asked me if I would buy him a plane ticket. Then, he called and said, his son was with him and he didn't have enough money for his son's ticket. So, he asked if I would help his son fly over here as well. After I sent the money, he calls me to tell me his work visa had expired and couldn't pay the money because there were penalties and fines for overstay and needed $10,000.00 to pay all the fines. I would not give him the money. So he would start crying and begging me to help him because he wanted to come back home to the US. I'm now realizing he was never in Adams, NY but in Malaysia all along. He would always email me, call me, and text me, and we talked on Skype but would never video me so I could see him. We have been talking for nearly 3 months. But, I had to quit because he was always needing money from me.

Romance scam letter(s) from Clarence Presley to Jean (USA)
Hi, how was your day? I am so glad that you wanna gets to know me...Well, to tell you more about myself, I am Clarence Presley by name you can also call me Clarence, living in Adams, NY,...I am 62years(October 18th 1953) 5.11ft,brown hair, blue eyes, a Spanish/American man, My father hailed from Spain I was born in Madrid and my mother is an American am kinda mixed race. I lost my parent in an auto crash at a very tender age when I was 10years and I have been the only child of my parent. My lovely Aunty took me to New York. She has a little foster home taking care of orphanages kids that's where I grew up and learn the principles of life though she has no children of her's she took care of all the kids like her own children. She passed away at the age of 75 due to her illness (Diabetes) such a great Aunt. Since then I moved on start a life of my own, I have 1 Child, he is Taylor by name and he's 23 years old. I was Once married to a Loving and caring woman until the
Read more