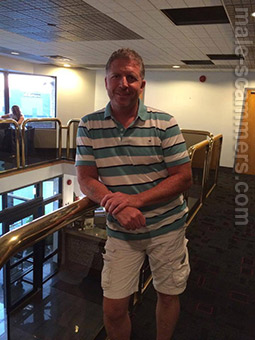 REPORT N1 (added on March, 25, 2016)
Jane (France)
This man was talking very nice and than he started to ask questions of economic status. The last thing was that he wanted money of the amount 10000-1500 euros. He was writing to me, first on broken spanish and then french, a little bit better but sometimes it was like a dolls talk. I got the thoughts and feelings of cutting text. The strange things about this conversation was that he did not wanted to tell me were he lived. Finally he said a place. I asked him questions when I got suspicious, and then I tried to not contact him in days but he was very stubborn. He sent photos of himself. He contacted me first and we talked for weeks. It was a lot of t of love talk from his part and about the future. First time he mentioned money was when he asked me the value of my car, and my salary. He went to an african country, at least he said so, a few days. I did not contacted him than. He phoned me many times during time. I never answered the phone. I blocked him and I did not even think of giving him any money.
REPORT N2 (added on May, 27, 2016)
Ania (Poland)
Hello ... I was deceived by crook, in the amount of 50.00 thousand Polish zloty. I am now in trouble and debt in the bank for a few years, I do not have the support and nowhere to live now I do not have enough ... God how I was stupid ....
REPORT N3 (added on June, 15, 2016)
Elizabeth (Canada)
So far, he hasn't asked for money but I became suspicious of all the emails sounding scripted. His NB phone number was one that he could use where ever in the world he was at no additional cost.
REPORT N4 (added on November, 1, 2016)
Shellie (USA)
Romance/Financial scam, John Rogers asked me to be friends on facebook, we soon went to texting each other on our phones, he emailed once and sent fake pictures of him and his daughter. He said he was living in Miami then within a few weeks went to an oil rig near Turkey. His phone was damaged during his traveling so he couldn't take pictures or call or scype, he could only text. He said he was owed $800,000.00 for a previous job from Saipem Oil for oil rig renovations.
REPORT N5 (added on February, 24, 2017)
Christina (USA)
This individual sent me a poem.
REPORT N6 (added on March, 23, 2017)
Eloha (USA)
Scammer - image stolen.
REPORT N7 (added on April, 17, 2017)
Rob (USA)
Claims to be a owner operator of a business that builds and repairs oil rigs in San Francisco California to do a bid for a job. He calls me to say that they have changed the dollar amount they need for them to have in account for securing job, ask me for 59,000.00 he will pay me back. Advised I don't have that kind of money ask about money's coming to me from divorce. Advised that money I have is tied up in escrow at Atty. He sent 2 dozen long stem roses, chocolates and teddy bear to me before asking for money.
REPORT N8 (added on October, 31, 2017)
Anna (Latvia)
I start to chat with this person on scandinavia.dating. We star chat in google hangout - he wrote then he is a surgeon in Kabul can come to my country but he needs a special permit form his lawyer.
REPORT N9 (added on February, 8, 2018)
Dana (USA)
He initiated contact through a female on Match. Claiming her friend was showing him around on Match and he saw my picture. He's too shy to join a dating site.
REPORT N10 (added on February, 28, 2018)
Deborah (USA)
Scammer from Africa.
REPORT N11 (added on August, 29, 2018)
Sue (USA)
I received an email from a male member on Match named Pleaser27@TalkMatch.com that his friend Gary was interested in my profile. He said Gary wanted to write to me but he was not on Match.com himself. He gave me his email address. I emailed him and his return email said that he was divorced, had a 12 years old daughter who was living with her aunt (mother's sister) in Florida, he was living in Sacramento CA. Said he was 60, grew up over seas, had been in the US for 7 years. Worked as a self employed contractor. A couple of weeks after that he went to visit his daughter in Florida, had me to talk to her on the phone. He returned to CA, finished working on a contract for a company in Atlanta GA. Was awarded the contract, went to Atlanta where he was short the import taxes on his shipment and the story goes on from there. Scammed me out of $91K. Is still calling me for money but doesn't get anymore. Have reported to the FBI under Love Scams.

Romance scam letter(s) from Martin Durboi to Rob (USA)
Hello Sweetest woman, I used to be a dead living man before I found you. I never know I could be this way again. As soon as I met you my fingers met joy and my heart felt peace. I was like a land without water, where every plant witnesses drought, a sea without oxygen where every organisms met with God, and like the rose without nectar, which was deserted by every insect. When I found you, a new me was made.

Roben, Sometime in life time, we meet people we have no expectation of meeting. Baby Sometimes you meet people and your whole world experience reforms. I meet you and started realizing the reason why I have to stay longer. Roben there are times I search for who cares and loves me but I never see, until a day I want to fail in faith and hope but going down I meet your soft, tender hands waiting to lift me up, which shows love and care.

My heartbeat, My heart accelerates at the speed of light, every time I breathe, I hear the rhythms of your sweet name, so m
Read more

Good morning and how are you doing today,i hope that you are having a wonderful day?well i had to attach some photos of my daughter and i for you to see and please kindly find some time to write me on more about your self and also feel free to ask me on what ever that you will love to know about me and i will definitely get back to you as soon as i read from you and i hope that your lovely gran daughter is doing great?

Bye for now and wishing you a lovely day ahead..

Good Day,
Mrs Shellie,
This is to inform you on awaiting payment funds of Mr. John Rogers for the contract RE: Renovation of Oil Rigs with Saipem Oil Drilling Company.
We are directed to make payment of $680, 000 to you within 42 hours as instructed by Mr John Rogers but due to transfer opt. via wire transfer we encounter some banking issues.
We are advise to send the funds via secured courier delivery service to you within 4 - 6
Read more

Romance scam letter(s) from Martin Durboi to Eloha (USA)
Hi how are you. I'm so excited to hear from you and nice meeting you

I'm lvan by name.i would like to know more about you if you don't mind? do you have facebook? i want our conversation to be more private is that okay with you?

Thanks for your respond...Are you on Whatsapp so we can chat there because am not always here and i really want to no you better

Thanks for your respond...I really love your smile am new here and i just need a woman that will love me despit the age..

Hi dear beautiful Your profile caught my attention, and I thought I’d drop you a quick line to introduce myself. My name is David Robinson I must say that you are a very beautiful woman I must tell you i am new to this site How are you finding the site? I hope to hear back from you. I love your hear

Hi,
I wish to thank you in making me one of your friends,despite the facts that we are strangers. How a
Read more

Romance scam letter(s) from Martin Durboi to Dana (USA)
My Dear Dana,
Thanks for your email, I feel honored to receive a message from you. I'm interested in getting to know more about you. Thanks once again for finding time to email me, I greatly appreciate that. Early this morning, I left for work, there is a home building job that I am currently supervising that requires urgent completion, so I have been making sure my team works round the clock to have the house completed, because the owner wants to move in on or before Wednesday, the job is 95% complete though, so that's why I have been busy this period, I hope you bear with me.

I was married to my first wife for 12 years and became a widower after losing my wife and baby girl, ...I was born in Munich Germany. I am the only child of my parents, my mother was from England While My Dad is German (so I got some accent, lol). I am an engineer who is into building constructions, I build houses, hospitals, bridges roads, Oil sector..etc, I am self employed and I handle
Read more

Romance scam letter(s) from Martin Durboi to Sue (USA)
Dear Connie,
I hope this message reach you as I have tried to contact you several times on your phone but all to no avail so I am sending you this email in regards to your funds recovery from one Gary James.
I am the undercover agent from the FBI assigned to investigate your ordeal with the scammer and to recover all your money back.
I shall further wait for your response so I can instruct you on what to do and provide you more details.
Thanks
Gerald

I received your message and it content well noted. You don't have to apologize for being distrust as it is normal for victims to react in that manner so you must also understand that due to heavy works pressure and daily reports from scammed victims it takes time for us to build our investigations and in my previous email I told you I am the undercover agent from the FBI assigned to your case. As an undercover we uses any email we want be it free email or whatever name you want t
Read more