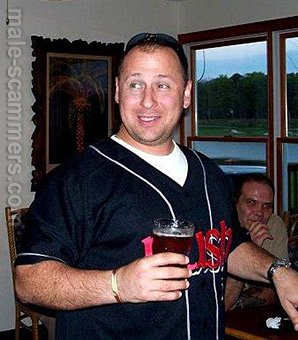 REPORT N1 (added on March, 24, 2016)
Elise (USA)
He contacted me with a friend request, I accepted he sent message back in FEB. I did not responded then He sent me another messenger message on March 8, 2016. Just since the 8th of March.
Yes strange events. He sent me his email and lured me in to emailing him. He later gave me an email address to for his daughter AKA Kate (suppose to be) and I emailed her she in return replied saying Hello Aunt, And talking about how much her dad loves me and that she wants me to be her mom. Also stated some of the exact statement Michael said about lies. I sent the photos to my step daughter and one of the photos you can clearly see her nipple through the sheer top and said that her dad had bought her a brand new car 5 years before on her birthday. Now mind you she is suppose to be 16. I don't know of any parent that has bought their 11 year a brand new car. I emailed that AKA: Kate again and sent pictures of my three kids.
AKA Michael started telling me how much he loved me and sending me all the pic of flowers and song I had commented on one of the songs as being my favorite.
And he did acknowledge that.
Then on March 12th he stated saying remember I said I had to stat another is months here in the service. And the Afghan government had compensated him quite well he bought 50kg of gold and that it was worth 500,000 there and the rest of the cash he put both of the briefcases in a security. the security company was compromised and the monies and gold had to be moved to a location in Africa to another securities company. He stated that they want him to lay claims to his property or they would not be responsible if anything happened to his investment. I was falling right for it how gullible. HE THEN IN TURNED CONVINCED ME TO EMAIL THIS SECURITIES COMPANY WITH THE a letter request for the to contact me so that I may receive his property.
I received email from this company wanting a copy of my ID and address phone number. And that I send money through. Money Gram
no money sent the only information that he has received is my phone number and address.
I have blocked him on yahoo. And will block on Facebook as soon as I make all copies of documentation that will be needed to help stop these people from luring other women into these LIES. They may not see through them as my step daughter did.

Romance scam letter(s) from Michael Farry to Elise (USA)
Just got back now from dinner and saw you are not online on facebook.I have just few minutes left to talk before going out on patrol,but i guess you must be very busy working now.I will still be on for awhile,but if you couldn't make it on before i leave,i guess we will just have to talk later when i get back

Here are some beautiful flowers and song to make your night beautiful.I hope you like them

Good morning my beautiful queen...Happy new day,how are you and the entire family doing today?.I hope you slept well last night.I woke up this morning and thought something was missing,so i got up from bed and grabbed my laptop and sent you a morning greeting.Good a.m.
I woke up today smiling as i recall our friendship because i know that years from now,i will still be waking up smiling for the same reason every morning.A warm hello doesn't come from the lips,it comes from the heart;doesn't have to be told,it has to be shown;do
Read more