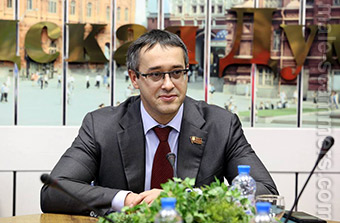 REPORT N1 (added on February, 2, 2016)
Sara (USA)
We met on Match. He claimed to be an engineer doing contract work repairing and maintaining oil pipelines. Born in Norway, lived in Netherlands, Received a bachelor from Oxyford University in London. Widower for 9 years. When he asked for $9,000.00 he did it by phone.
REPORT N2 (added on May, 30, 2016)
Jagruti (India)
He tries to gain trust n then becomes friendly n chats over on FB messenger and whatsapp n then say that he wish to meet u n marry u n says that he is soon visiting your country for business purpose also says that his wife is died in car accident n he has a 16 years old daughter now n he is looking for a woman like u , then he gives u flight details on whatsapp n then on the day of arrival he calls u from the number with ur country code n says that custom Has detained his luggage n hence he needs money n then he pressurise u n makes u speak with some lady who speaks ur language n then shares a/c detail n again n again pressurised u to help him n so dumb person like me become prey of such things n deposited money without checking further , I hv his three numbers , he took my 45000 INR , recently I hv become prey to this fraud - he is showcasing his profile as general director at some marine engineering and construction company - Bristol , Liverpool - uk / I don't know it's real he or fake one but has three FB profiles , I hv his chats saved in whatsapp , he make u speak with his daughter as well - please beware or this scam - I wish I get my hard earned money back.

Once again i want to say its nice meeting you ,

I woke up this Morning and thought of sending you this email.

Here is a little note about myself . My father is a Norwegian, while my mother is a German. I was born in Norway 1962. I am the only child of my parents. We lived in Norway until I was 8 years old then moved to Amsterdam Netherland. I have a Bachelor degree at Oxford university London , Engineering. I got married when I was 28 years old. We have a beautiful daughter whom I love so much. she is 19 years old . She is studying in Mexico. My mother died before i was 27 while my father died 5 years ago at the age of 79. I am a contractor, repair and maintain oil pipe lines.

I have been a widower for 9 years and I am ready to move on. I was in CLACKAMAS - Oregon USA a month ago but had to go back to Norway, for a contract and just moved to Columbus - Ohio a week and few days now. I am presently living here in Columbus.