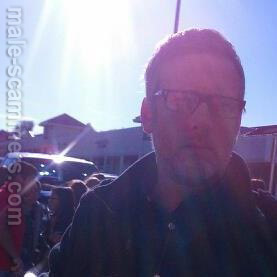 REPORT N1 (added on January, 29, 2016)
Annette (Canada)
Rolland Mccoy, age 45, from NY, USA (supposedly) contacted me on January 15, 2016 on Badoo within an hour of joining the site. His account on Badoo is Rolland, age 45. He asked me for money Jan 26, 2016 and I ended the conversation rather rudely, he sent three texts after that and I haven't heard from him since. Even my spam email dropped because he had my email address and we sent me a few pics to each other. I ran the email header (original email function) and his email IP is 197.211.52.57.
He said he was a contractor- built bridges, factories, big buildings, he's divorced, has a son age 8 - Cesar, he supports his Dad, the divorce has put him in debt. He's very good at what he does. Loves you almost instantly. He really plays on your emotions....I was developing feelings for him. He wouldn't speak to me or have a video chat because he couldn't afford a good phone, I called his number all I got was voice mail. He phoned me and said he couldn't get thru to me. He said we will talk in time once he gets enough money to get a new phone... I questioned him a lot about getting a new phone. Talking about him getting a new phone made him stressed and overwhelmed! He got a big construction job in Texas on January 25, 2016, but he was short a large sum of money to get ready for the job, pay for his son's school fees and his Dad's bills! He couldn't sleep because of it! Honestly, I was suspicious a few times during our conversations.
I never gave him any money. He does have my email address which I already said and he has my cell number.