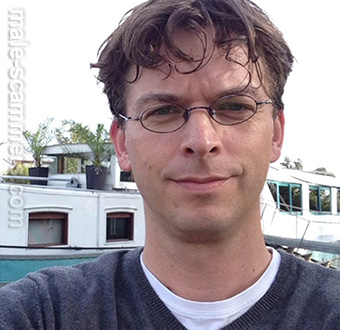 REPORT N1 (added on January, 7, 2016)
Betty (Taiwan)
He used the pic of a pediatrician. He even has a website called Health for the Poor Foundation, which also used stolen publication pic. And this man claims he is a pediatrician himself , pretending those pics to be his.
And he has posted stolen pic on a dating site too. This fake man has an African accent as he talked to me on LINE chat. His LINE ID is Jeric4u. I think he is Nigerian. And after three months of talking on line and Skype (he used another man on Skype, maybe a video), he said he was in Chad, as a contract doctor and he overshot his expenditure, so asked me for 5000 British Pounds. Of course I did not send him. He said he was gonna meet me in December but did not come, because he said he needed to solve the money problem. He kept on asking me for the money, and then I said I know his name is fake. I told him I know this etc, and finally he admitted he is a scammer and stopped talking to me. I have a question: on Skype (he said the voice machine does not work so I could only c the man) I saw a white man. But is it possible this white man was just a video he displaced on Skype to pretend he is white?