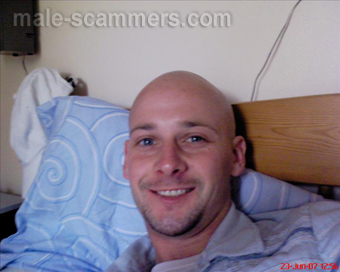 REPORT N1 (added on May, 25, 2012)
Hannah (Malaysia)
David started to message me in Facebook in early October as a normal friend, mentioning that he is looking for a something meaningful. He added me in Skype later on we proceed to chat like the usual. Numbers was exchangedas David provide me his number. In within the few minutes after the first chat, David started to says he loves me etc and wanted to migrate over to stay with me. He then told me he will be flying off to Africa for his medical contract and called me from a private number.
After a couple of chats, he requested me to meet up with his friend by the name of Salin as he have requested Salin to pass me a gift which is in a briefcase and require a code. I met up with Salin and talked to him about the item which was suppose to be for me, and was told that I do have to pay RMY 2400 for the UK embassy to release the briefcase as it was being sent through the diplomatic link. I was not told by David that I do require to pay this amount or such. David then assured me that he have put in USD 80k in that briefcase for me to hold on to that money till he is here to spend and to compensate the money that i have to pay to Salin.
After talking and discussing to David, he assured me there is money in it and requested me to pay RMY 2400 to Salin or he might lose the USD 80K to Salin. I have tried to get a black and white documentation from Salin but was told that there is no paperwork to proof the parcel as it is via diplomatic link. This got me very suspicious, and tried to track down David based on the IP address from our Skype chat and it shows that it is coming from Europe side of the country. I did not pin point this to David as well as I have no confirmation on the location due to his claims that he is in Africa on medical contract.
While David and I was on Skype chatting, I tried to prompted more information from him on what is his last name and which dental clinic he owns in London and was told that his last name is Willson and he owns David Willson Dental Clinic. I tried Google the company name and also the name which was given, and this is how I got to know David is a scammer. At the moment, David and Salin is still in the dark that I am aware of this scam as I have yet to give them any amount of money.