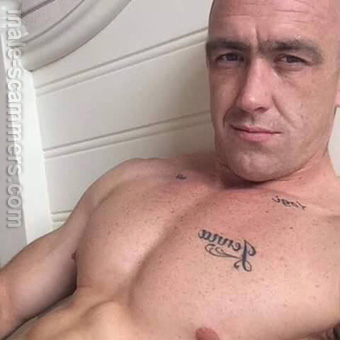 REPORT N1 (added on December, 10, 2015)
Sammy (USA)
Met Bryan Johnson on Match. He sent me a message using the screen name bj007. His profile said he was from San Francisco. He claimed to have been in Munich Germany. He was a personal trainer in Munich and moved to the US 6 years ago. He said he was in cocoa importation and that he sometimes had to travel out of state with little to no notice. He claimed to have warehouses in Sonoma County (CA), Texas and New York. He traveled to Brazil and Nigeria. Less than a week after meeting online, he got a big contract with Hershey's for 30 tons of Cocoa and was headed to first New York then Nigeria. He preferred to chat in viber. He prefered not to talk on the phone, we only talked three or four times in 3 months and he claimed it was because he didn't like his accent. He had pretty broken english. His mother (Brooke) and brother (Daniel) live in Munich. His (American) father was killed in a hit and run accident in the 2000s (2006?). He has a dogue de bordeaux named Mike who is a puppy (9 mo old).
He provided many pictures of the same man (over 30). None were with anyone else (except his dog) He would send poems each morning, found they were written by someone else.
He asked for an iTunes gift card - insisted it be a photo of an actual gift card not through iTunes itself.
He told me he owned a home in San Francisco. It was not his, it was actually for sale and he insisted that it was a mistake. He then gave me another address, it didn't exist (it was a freeway overpass).
He then told me he lived in Oakland and gave me another address which I discovered belonged to someone else. He told me she was going to sell it to him shortly.
Lied about his birthdate. When I first spoke with him, he told me it was in July - later it was 9/5/74.
Picture he sent me of his cocoa harvest was posted on a cocoa website, claimed he was scammed by a farmer from whom he bought cocoa.
Began asking for me to help him "come home" and he needed $3000.
He wanted money sent via Western Union or MoneyGram - he preferred MoneyGram.
Money had to be sent to his friend (Nigerian, met in New York), Samuel Odukoya, so he didn't get harassed/hassled when he tried to pick it up.
Was supposed to arrive back in San Francisco, however, he was in a severe car accident on his way to the airport and needed to have surgery to fix his leg. Provided a photo of him recovering. The picture didn't look right (his arms were very skinny), did a google image search and found the picture on a UK news site. His face had been photoshopped onto the body.
Had to spend the money he was using to fly home on his medical bills and he needed $2000 for flights.
Provided both a TX license and a USA Passport.
Did a google image search and found he also had accounts with OKCupid under the screen name Bry_You and his location was listed as Los Angeles.
REPORT N2 (added on February, 18, 2016)
Jane (USA)
Typical African scammer using stolen pictures.
REPORT N3 (added on February, 18, 2016)
Ella (USA)
He reached out to me on Match.com and started sending messages every morning professing his love for me. These messages sounded fake and when I googled them, they were from other people's writings on different websites. Three days after we started talking, we were supposed to meet but then he had to fly to Nigeria to fulfill a cocoa contract he had just received saying he would only be gone for two months. He said he was going to Nigeria because he had gotten scammed when he went to South America. He says his business name is JB Cocoa and he has three warehouses in the States and has lived here for 6 years. He was from Munich, Germany and had a mother and brother who lived there. His father had passed away in 2013. During the time we communicated, he asked me to send him pictures of $150 iTunes gift cards. When I tried to talk to him via Viber, he claimed the wifi was bad. He sent several sound clips and his voice had a very heavy accent. He is actually a black Nigerian who has not lived in the States and he is using someone else's pictures and name. Be very aware; he is great at Photoshop! He even sent me a photo with my name in it.