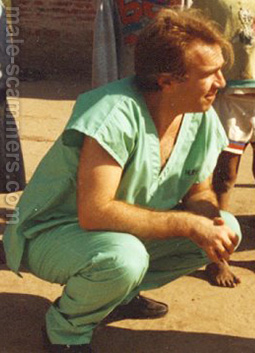 REPORT N1 (added on December, 9, 2015)
Fay (England)
I met him on plenty of fish we talked on there for a bit then we went on to email. He said he was a doctor and did volunteer work we talked about me doing volunteer work as I said I am planning to go around the world for a few years to work in poor countries. He said he would like to join me in my travels. I said yer if you would like to join my travel that was okay. He said he was finishing in Damascus on the 5//12 /15 and then he would come to me straight from Damascus and talk things over.
In our conversation the feeling got stronger I thought that he would be good and maybe help with many of the sick children I would be working with. However he said he was going to Spain for a conference to talk about a AIDS vaccine. That they have got. On his way back he said his laptop got stolen and he had to borrow a computer from another doctor to write his reports up of patients and other important documents as he lost everything. Then on Saturday he sent a email to say he had gone To Basel where his bank details are held as the person who stole his laptop had taken money from his bank account and only had 24 hours to get it sorted. He said he was in a hotel not gone to his family as he did not want them to know. I asked him to phone me from the hotel he said he needs to shower . Then he started to message me . He said he was trying my number but he could no get through I tried but was one noise. He has not asked for anything from me but I believe he may be a scammer not sure of his motives.

Romance scam letter(s) from Ansgar Alberich to Fay (England)
Hello Fay, let me know when you get this

wow. thats so fast. where are the countries you want to visit. thats what i do here but am being paid for what i do here, as an orthopedic surgeon have seen so many things i can even explain some. tell me about the traveling

Good Morning Fay, sounds nice, have been to Australia,India, Russia, america, canada, cameroon, south africa, Afghanistan, iraq, Dubai so many countries, here are some of my pictures when i went to some of the countries.

Hello Fay, how was your day. thanks for the email. its been a very long time since a read a message like this. it really makes me feel special. are you online
Read more