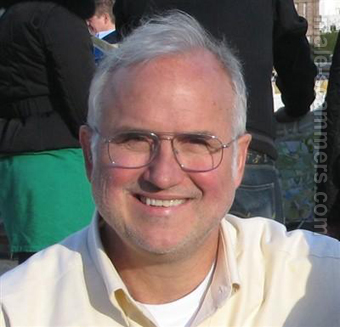 REPORT N1 (added on May, 25, 2012)
Luz (USA)
i met mike scott collinson in the internet. he was nice talking and in intorducing himself to. professional approach. as what he has told me that he has property in austin texas and richmond CA wherein his son Eric was living. he send me flowers, 2 rings, and fruits thru dhl and ups when he was still here in u. s. our communication continues introducing more of ourselves to each other. still mo. he told me he will be going ghana to start work as a contractor. and he will stay there for 2 weeks. communication continues thru web. , email, text and phone calls.Sept 15 when he start borrowing money for reason that he likes to but gold bars since it was cheap in ghana. i decline his request to pay this gold bars. he send me travellers check [ american express for me to have it cashed here in u. s. because according to him ghana dont accept chech and even credit card and they need cash payment. his reason why he was borrowing money from me is that he got short of cash for hotel payment and for his daily needs.
but when i cashed the travellers check, the bank, wells fargo found it out that the check was fake. when i notify him he said he will come to states to fix it because he insist that it was not fake. still he demand borrowing money and even telling me to get loan to the bank or from friends because of his reason, for his daily needs. i continue sending him money for pity of his situation. And the instruction is for me to send it to the name of this person, Joseph annor Boateng.
he borrowed again money as additional for his plane ticket and for his luggage. i send him again money. he text me after he received the money that he was already in the airport. but he did not show up anymore. i received e mail from ghana police that mike scott collinson and his friend, Frank Yeboah was named scammer and they want me to give them information.. this email i didnt believe with the thought that how come this ghana police did know my email address. What i did is call them mike collinson and frank yeboah asking what are they doing. it was Frank who answered me telling that they are in trouble and they ask me again additional money for plane ticket so they, two, mike collinson and frank yeboah will be able to fly back u. s. so that, according to them, be able to pay all their accounts including the money i am sending to them.. And this time they told me to send it to another name thru western union, to Samuel Mintah. Remittances was all addressed to Accra Ghana. Still no show up from both of them. i received text again that they need additional money because it was lacking for ticket. The money i always send to them is the amount they always demand from me as to how much. All in all, the amount i sent totalled to $ 3500.00 usd. Ten times i sent their request borrowing money from me. Thank you very much . i would appreciate if there will be something be done to stop this two person mike scott collinson including frank Yeboah [ as his back up person ] victimizing internet dating site customers.