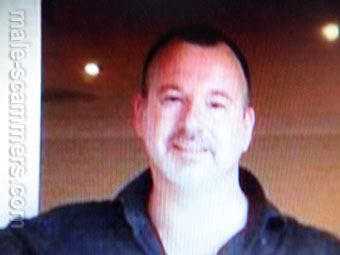 REPORT N1 (added on November, 16, 2015)
Raisa (USA)
Out of the blue, I get a request to be somebody's friend on Facebook. The photo of this person showed him to be a young man in uniform, my first thought, without any suspicion, was that he just may want a pen pal, but once I accepted the request, the photo was changed to an older looking man, and he right away, he started giving me compliments, that he fallen for me, that he loved me and would love me till the end of time. He stated that he was with the British Army in Afghanistan and his unit was training the Afghan soldiers. That he had been there 18 months, and had another 8 moths to end his tour. He wanted to request a compassionate leave but..I needed to talk to an agent, Robert Hannen, in West Virginia.Uriah Thompson stated that he would retire in 3 years and would relocate to Miami Beach, FL in about 3 years and wanted to marry me, etc. We were going to meet in Miami Beach, Fl but I had to send another $5,000, which I totally refused to do..I know I was totally naive and trustful, but better late than never, I realized this was a scam. I have information and a document that I could provide.

Romance scam letter(s) from Uriah Thompson to Raisa (USA)
This is the ISAF Agent, Robert Hannen as subjected on this email, I'm writing to put forth an apology to you about my inconsistency lately which by virtue has caused a lot of shenanigans, qualms, and commotion to you, your boyfriend, Captain Thompson James Uriah and the whole Command Centre where he is deployed.

I want in a nut shell dispensed and voice out our procedures regarding Leave of Absence from respective duty; Military is different from any another institution and in light of that whoever that is replacing a respective staff has to be competent to aid the effectiveness of that particular designation just as in a soccer or any recreation of games you may like or know of, if a position has to be substituted, the returning player has to be sound and competent of that position otherwise the team will result in a fallen disgrace. Furthermore, you have to be aware that I have received several correspondences both from Command Centre in Afghanistan as well as
Read more