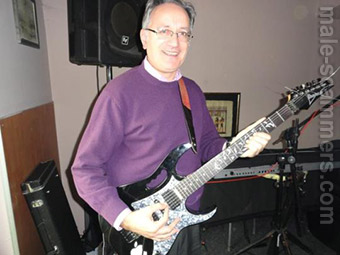 Thank you so much for dropping me your email i really appreciate, I believe with this medium we can get to know more about each other . Please let me know if you receive this mail.

Thanks and best regards
Christo.

Thank you so much for your mail I am really glad reading more about you. Sorry for my late reply I could not come online yesterday after my busy day. I'm glad you have been to Italy. It is really nice to get to know more about each other because there is a proverb that says friendship can't begin until someone chooses you, that is why I have chosen you. Yes I have been a widowed for 6yrs now, I lost my wife to breast cancer due to unsuccessful surgery. It was really a hard time for me because of my little kids you know how difficult it's to be a single parents. In 2010 I move my daughters to Harrisburg PA so that my sister In-law who was willing to look after my daughters because my job won't allow me g
Read more