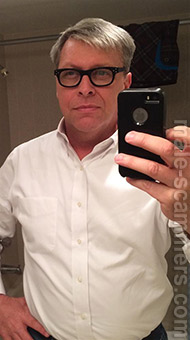 REPORT N1 (added on November, 6, 2015)
Candy (USA)
I was on Our Time and he was on Senior People Meet. We connected and with in two weeks he was asking me to go off line to yahoo IM. We talked for over a month and no money was asked for. He was an Italian American working on building an airport in Benin Africa, he claimed to be a civil engineer, He then introduced his sister into the conversation who was Naomi Flannigan living in the UK. By the end of the second month is when he asked for money, of course after telling me a sad story about how he lost his wallet in the jungle, how he had to stop all his credit cards. He needed money for his hotel and processing fees. He with stating how much he needed and then said how much his sister was going to give but he was 1600 short. and how he could pay it back when his grant come in from the government. And that would be in a week. his so called sister started writing me telling me how shy her brother was and didn't want me to know of all his problems, so she was now asking for money to help him. This is where I called him a scammer and all hell broke lose. He was angry, yelling, cursing, telling me I didn't know what I was talking about. We went back and forth for a while then he just disappeared. I gave him NO MONEY.

Romance scam letter(s) from Antonio Armani to Candy (USA)
Thanks for your thoughtfulness Candy, I never wanted to discuss this with you earlier. Antonio is a shy person and will hardly discuss his problems with people. Here's the issue, he was hired and paid a part of the money meant for the project and they promised him the rest of the money when work is done. He has invested a lot of his own funds into this and I have also borrowed from my bank and Kenneth to assist him, this has affected my business but I am hoping he would return back the money as soon as possible. I sent him 5thousand usd, said he needs about 7thousand, that was all I was able to send him, he needs more money to get some payment made to enable him access to a grant he's planning to get, I guess he really might not want to discuss this with you, I am so worried for him too, I was wondering if you could loan him and maybe when money is released to him, he will send back to you whatever you borrow him. I have borrowed him more than 250thousand and I am h
Read more