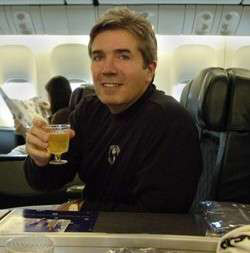 REPORT N1 (added on July, 21, 2011)
Azza (Australia)
It is a Male who approached me through Arablounge. He claims that his name is Kavin Juan from Madrid Spain. Divorced and wanting to marry a woman with MORALS. First, he asked me -after 3 weeks of chatting on the phone to send him an Iphone. I didn't. 3 weeks later he said that he had a friend who wants to transfer some money out of Spain. I was sent some very much evident fake documents to opne a non-resident bank account in his own bank (Banco Banesto, Madrid) The alledged bank manager asked me to send 1700 euros as fees to open the bank account. I didn't have all the money. He volunteered to pay 1200 euros and -as we were palanning to get married a few weeks later- I sent him 500 euros via Western Union. He got the money and I was send another FAKE document caliming that I ahve 4,000,000 euros deposited in my bank account in Madrid. Later, after a few days of drama he told me that his friend had a fatal car accident and he died a few days later. To transfer the money out of Spain to another overseas bank account I was contacted by I Fake bank attorney who asked me for 12,200 euros legal fees to procure some documents to prove my OWNERSHIP of the moeny. We are still in a drama of harrassment and abuse from him asking me to send the money. He is gving me weekly discount as he is trying to help by offering some of the money. Now, he wants me to get a loan from my bank here to send him the equivalent of 1,600 euros as he is volunteering to pay the rest by borrwoing money from his friends in Spain and England. I haven't reprot him yet to the police here by I will in time. I have dozens of emails from him and the bank and the attorney. I also have a photo he is using on Arablounge which is probably not his own photo.

You are further advised to open the attached file and do comply with our banking directives.

Waiting on your swift co-operation on the above mentioned.

How are you doing, as per your email , i have been to all the required offices to get your needed documents to back up your fund transfer.

You are to transfer the sum of 12.200euro to the account information below for the procument of the documents from the ministries and our legal charges.

As soon as we received this fee of 12,200eruro, we will start the process of procuring the needed documents and transfer yo
Read more