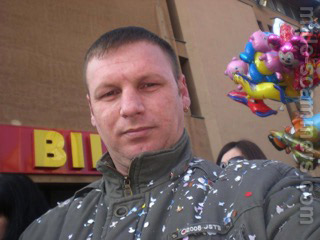 REPORT N1 (added on October, 30, 2015)
Caroline (Australia)
Becomes very romantic almost immediately. He is quite forthcoming about his identity which is all completely false. Te storyline is that he is widowed with a young daughter suffering from Trisomy21. He chats or emails 99% of the time in French.
He sends poetry (copied off the net) announces he wants to visit almost immediately. He hinted at needing money almost immediately and after a shot while came up with that his daughter had been diagnosed with a brain tumour, the operation to save her costing thousands. He told me that he was in the business of exporting motor vehicles to Africa. This business does exist at the the address he gave but belongs to someone else. He explained this by saying he used the name of his deceased father, a phone call to the address and business confirmed that they had never heard of him. He said that he was in Morocco to sell his cars after which time he would be visiting me. Within two days of allegedly arriving in Morocco he wrote that he had been attacked in the street and that everything of worth had been stolen and he needed monetary help from me as he couldn't get his cars released from customs. He said that he couldn't access his bank account etc., etc. when I refused the amount requested was reduced. A reverse search couldn't find the identity of the person in the photos that were sent. He went to a great deal of trouble trying to convince me of his sincerity, fake passport (used by at least 5 others), fake French ID, fake video loop on Skype.fake airline ticket. Incidentally he also asked me to pay for an airline ticket for him to visit me because his circumstances had changed and all he wanted was to be with me. I had my suspicions from the startI played along.