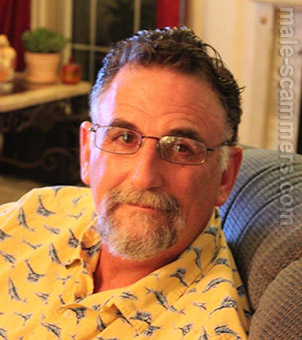 REPORT N1 (added on October, 30, 2015)
Johanna (USA)
I found out that this man is a scammer, as he sent me exactly same kind of letter as has been sent to someone else here on this scammer site by the same person. How same person's mother can be killed twice..? To me Petter told that his mother travelled from New Zealand (where she lived in the house, which Petter had bought to her) to her origin home country, Spain to meet some family, and died in Madrid just when we supposed to meet. When I planned to fly to Madrid to support him, they had to move the body quickly back to New Zealand.
To me he told that he was born on 22nd January. He never said the year, but on the AussieCupid site there was that his age was 58, if I remember correctly. He removed his AussieCupid site quite quickly when we started to write to each other. He said the reason was that he has found the right one. The woman of his dreams! Hmphh!!!? Later he opened me his Facebook information site and I found there that his birthday was 15th November. When I asked about it, he got a bit irritated, but he said he'd made a mistake and that he doesn't want to show the right info to everyone..? That indeed made me suspicious. I found him lying to me many times. This kind of very small lies, but I'm very sensitive with things and I don't like to been lied.. So especially in the beginning of the relationship I observe the other with a magnifying glass. I think it's worthy! Even when you feel you're in love. I felt I was, but immediately when I found I've been cheated I lost all my feelings to him. There's no love to him. There's no Petter. There's just some kind of narcissist, who enjoys manipulating people and getting money to himself.
The story begins from AussieCupid.com where I sent a sign of interest to him. He is a very good looking man with many photos. His writing and all the appearance was very nice and open, so I couldn't think at first he was a scammer.

Romance scam letter(s) from Peter Henrik to Johanna (USA)
Thank you for responding to my email on Cupid and honoring my request to contact me by email, so I could contact you back with more details about me and also send my photos, which I'm doing now. I know it was an unusual request for me to make such demand when you do not even know me. I am just glad you did, because It will help to send you photos and tell you more you need to know about me as we grow in our friendship. Petter is my given name and Henrik is my Family name ok.
I hope you are enjoying the week. Mine has just been a busy one. I got an urgent call today irrespective of a business meeting and it's urgent and very important, so I have to leave by 2 PM tomorrow, our company is having a joint Investors seminar with Fidelity Investment international in Perth and I will be spending 10 days there after which I will return. My plan is that we keep in touch through email and phone through the 10 days I will be spending there to enable us know more about one ano
Read more