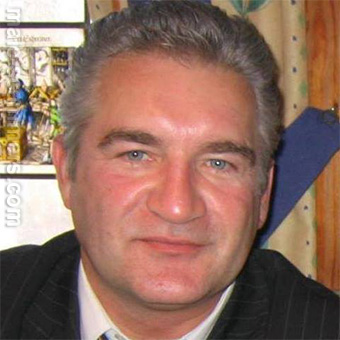 Romance scam letter(s) from Daniel Burns to Tamsen (USA)
Good morning , how you doing there ? I hope this short letter meets you in the best of health.It's really nice we make it up to this stage of the communication .How are you really doing and how is everything around you?Hope you're doing great as l am.However,l would like to thank you for choosing to communicate with me and guess what?I'm promising you that you shouldn't be afraid,because l strongly believe that I'm the right person for you upon all carefully selection and recommendations made by us and with me you will be securely dated and through all hard works,this relationship will last a lifetime so take a breath and express your thoughts to me..

I have being widow for about 4 and half years till now and am new to this online dating thing.I like listening to music,watch some movies. This is my first time trying online dating but I think it's manageable.We can get to know each other a little through emails and when we are OK we can plan to meet and see if we
Read more

Romance scam letter(s) from Daniel Burns to Anna (Bulgaria)
Hi Anna Thank you for adding me to your connection. You have an amazing profile; I am impressed with your achievements in life. As you already know my name is Steve Walters. I am single and live in Michigan. I hope we can chat someday to know each other personally and professionally. Have you had any chance to visit Michigan? write soon. Have a great day. Steve

Hi Anna, My profile says Kalamazoo, Michigan. Where did you see Michigan United Kingdom? I cannot see that. Am so glad to hear from you and with the due respects I’ll like to thank you so much for spending much of your time sending a response to me. I was browsing through linkedin and came across your profile. I would like to know more about you. I am a little bit confused on how and what to do just to eradicate from my vivid mind your charming and beautiful face. The more time I look and read your profile is the more I like everything about you and the more I want to find out all about
Read more

Thess are pics of me... I would like to know what u think about it... I am interested in getting to know more about you and i would like you to share few things about yourself if u like what u see on the pic i attached :) Please send me some of your picture too here to my email

Hope to hear from you soon!

How are you doing, Thanks so much for sharing so much information about yourself with me and being open i really appreciate that, trust you are enjoying your day and not stressing yourself with work in anyway. wow!!! You look so beautiful and You have a sexy eyes on the picture you sent me. You seem like a really wonderful woman and i appreciate the fact that you took your time to write me. My work takes most of my time but i really need a woman that would be there and welcome me when i get back home from a hard days work with a charming smile and hug. I'm not getting any younger and like a frie
Read more

Romance scam letter(s) from Daniel Burns to Carol (USA)
Sorry my love, i have been having signal problem again all day. but its working now.. i missed you. I would be glad if we can chat online now.

Hello babe. Thanks for the lovely songs and cards hun... My network is finally working now. I missed you and hope we can get to talk online now.. Love you.

Thanks for the card and songs babe.. I love you more

Romance scam letter(s) from Daniel Burns to Annette (USA)
Hello Dad, how ar you? Hope all is well with you nd hope things are going fine over there. I am fine also here and studies is alright. I got the money you sent to me for my clothes and phone, thank you very much, but Dad the money won't be enough to get all things I asked for, I am sorry for pressuring you. Thank you so much Dad, I wish you a happy day , bye . Yours Kim

I am in the receipt of your email, it was quite understood and please note that your Personal information has been stored in our data Base.

The below stated items are available inside your package which was officially handed-over to us by the Red Cross official Mr. Gabriel Anderson for onward delivery to you and it will be dispatched to
Read more

Romance scam letter(s) from Daniel Burns to Eloha (USA)
Hi, How are you doing my good friend.. are you single

Hello pretty lady, how are you doing today, My name is Charles Harry, nice meeting your profile on this site. You are such a beautiful lady on the photos. I registered, in this site hoping to meet serious lady like you for serious communication and must confess that you seem to me a serious woman.I am honest and caring man with a good sense of humor. I enjoy meeting you here, I would like to know you closer, so kindly contact me directly to my email address charlesharry554@gmail.com so that I can write to you about myself, or you can send me your email so that I can contact You Thank you and I am waiting for your response.

Hello pretty, how are you doing today? hope you are doing great in your health, Am sorry if i invaded your private space. Apologies, My name is Fred, i am from united state. I saw your photo, and it caused an unusual effect, I'm interested in you. I
Read more

I could careless for the box and what it contains for my husbands life is more precious then all the money in the world and if you can’t understand this i feel sorry for you
I can't believe you abandoned me to die here Teri,well it's obvious now because you don't love me anymore or care about me just because of my difficulties now
You can say whatever you wanna say but God knows my heart desires and I know I loved you sincerely if because you have helped me times without number,I promise you this when I get out of here you will get every bit of money you helped me with,it hurts me that because of money you chose to abandon me and insult the man you claimed you love,God is watching
Teri God knows I love you so much and I long to be with you sooner just that things are not working the way I planned it and I believe what's good don't come easily,the
Read more

Romance scam letter(s) from Daniel Burns to Doris (USA)
Glad to read from you Doris, How are you doing and i hope you are fine?How is your day going and I hope everything is going on smoothly? ............I am an independent consultant ,Consulting in the Upstream & Midstream Oil & Gas Industry ...... experience in all phases of the business, project, engineering, and construction management for upstream and midstream oil, gas, products, and energy-related facilities, including pipelines. I am accomplished at working within integrated environments with multidisciplinary and multicultural staffs to ISO, US, and various foreign standards, procedures, and specifications in a variety of geopolitical climates.

My background includes over 27 years experience, with 18 years of international experience, in the management, engineering, design, planning, and construction of upstream oil, gas, and energy related facilities, pipelines, fuel storage and distribution systems, including near-shore and offshore marine facilities and s
Read more

Romance scam letter(s) from Daniel Burns to Anna (Kazakhstan)
Hi my sweetheart Anara, i hope my email meets you well and you are having a nice day. Mine has been quite busy with work trying to get the work in place and on schedule for my team before I can leave to meet with you. Unfortunately, today one of my work equipment that is my core drilling machine just got damaged and I need to replace it quickly because I need it to get work going as planned also the Chinese National Offshore Oil Company (CNOOC) can pay me my contract check as well.

At this moment as I cannot buy a new core drilling machine from here because of inability to access my money,
I need you to help me purchase the core drilling machine, it cost about 15 thousand dollars. I need it urgently to get my work moving and when I get paid my contract check, I will see you and then I will pay you back the 15 thousand dollars.

Please my love, you are my only family and my only help now, i trust you will not let me down. Let me know when you can arrange for t
Read more

ONE SEALED METAL CONSIGNMENT BOX WITH SERIAL NUMBER SCFSPA/255CC012 AND SECURITY CODE SCFS/CCPA24-RHM WITH YOU AS THE BENEFICIARY. PLEASE NOTE THAT THE BOX WAS DEPOSITED BY DR. TONI DIEROFF

YOU ARE REQUIRED TO FORWARD US THE FOLLOWING INFORMATION BELOW FOR IDENTIFICATION AND VERIFICATION PURPOSES:

4) Your Mobile or telephone number.

Note madam that you will have to send the money to our nearest branch office, with account provided when you ask.

You have to update us with every data needed as listed before...

You have to snap and send the slip to confirm payment.

Hello madam, we wanting to know if you're in support of Steven Thomas vacation leave. Please keep us updated about your request of
Read more