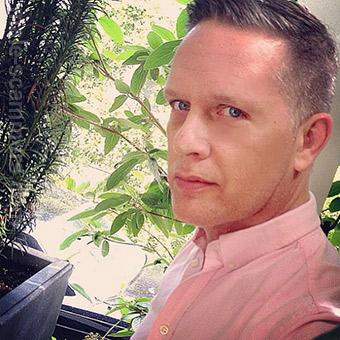 REPORT N1 (added on September, 14, 2015)
Trudy (Australia)
This man says he is in Maylasia on business. Will ask to talk on yahoo messenger. He will video call you but will tell you his camera is not working, so you will not be able to see him. He will also ring you. Will ask for money or ask if goods can be delivered to your house.
REPORT N2 (added on June, 17, 2016)
Sheila (USA)
This same man sucked me in under the name Peter George. Claimed he was in London on business, got mugged, needed me to help him get money from someone in the states so he could get back home.
REPORT N3 (added on August, 19, 2016)
Sarah (USA)
This guy is back at it again on Tinder. I reported him already, but I want to make sure as many people see this as possible.
REPORT N4 (added on November, 23, 2016)
Katie (USA)
Peter pretends his wife is dead, and he wants a real relationship. Develops one for a week then takes off for an international trip. he cant complete trip unless you give him a loan or recieve money as he works for some company named either Ohio Health, Axis and needs a loan. Of course, he will come home and marry you as soon as he is done. He provides false Jamican passport and copious photos, and Axis contract. He is a professional.
REPORT N5 (added on December, 13, 2017)
Jane (USA)
Met him on Zoosk. Moved within a few days to email. Very romantic letters. Had emergency trip to Dubai, supposedly, for a deal gone bad. Letters started getting awkwardly romantic. Hit me up for $17,000 to help with bad business affair. I didn't pay anything but it was clearly a scam. Claims to own a large business with a lot of equipment but his only method of getting $17K is me, a person he has known for a few weeks on line only. Any effort to see him before he had his emergency business trip were put off. He claims to have a son, 22, in England. He is very articulate and handsome. Very easy to fall in the trap.

Romance scam letter(s) from Robert Wilson to Sheila (USA)
This is a little about me,

Here is an exclusive about me. If at my age i do not know what and when to say the words, then what would i be? When a wise man sees he has probably spent about half of his time in life already, he begins to assess his main goals in life. What could be more important than a happy ending? LOL,. A man needs to live his life full of joy and happiness. No matter his achievements, he is reduced to nothing if he has no crown to complete him and that is a Woman to call his own. Wife and Best friend. A woman who knows that even while arguing they still need to hold hands. A woman whom i can call a partner in crime, lol A woman whom you can tell anything. How could you think anything can make you happier in life than finding a love that knows no bound. To make you know more about me,.I will break this down to segments and it would be like a case study.

I felt so relived getting a text message from you earlier on. I have been very busy with all that's going on. It feels like a roller coaster but I can see the light at the end of the tunnel but its just the process of getting to the light that feels so complicated and mentally frustrating!

After the first ADR was rescheduled to yesterday due to the absence of the CEO and CFO at first round. Yesterday seemed a success! The whole executive board was in attendance and the CEO stressed out points why there has been a halt on the contractual payment. The same issues highlighted was revolved around the Third-party involvement and thus leading to further issues highlighted.