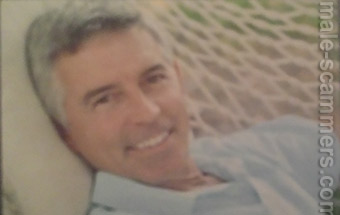 REPORT N1 (added on September, 14, 2015)
Vicky (Germany)
I'm german and i have met "Charles" 4 weeks ago by the dating site loovo. He was such a nice man. Please me to go out by loovo right now. Told me about, that he is a Major in Afghanistan (pease keeper) and soon retired. Middle of september. His wife are died in a car crash. Years ago. He has no family, only his son. He wants to marry me,want's live together with me, was falling in love in 6 days. Than he wantes to send me a package with personal stuff from Afghanistan. Because he wanted to come to me to Germany for living. But than the package are to much weight. Every contact was with a diplomatic guy.. during the time..the package was on the way.. Because "Charles" are in the war zone.. His name are Mohammed Qasim. He ask me fo 1000 Euro. Because Charles are not gave him enought money, befor he left with the package trunk. I was soo stupedly and paeyd him. Than he told me, that the money are not on his account. The account of James Gooding. Charles (Lucas) gave me problems. I thought, that he was playing around with me. I was checking the situation and told him..I can't send him more. Than he goes upset and told me how much disappoint from me. Until this time i checked out in the internet, that he looks like Lucas James. I don't have that much pictures of him. But i have 2, 1 in uniform and 1 in Army dress..He looks like LUCAS JAMES. He send me same of Afghanistan, but I don't know how old the pictures are?!Cos of the rules i got not new ones. One pictures he send me of his son (11years old). He is ..in Baltimore?? he gave me not adress, phone numbers, nothing at all..
Now i think he used 3 names..the diplomat name: Mohammed Qasim, he was sending me his passport, other names was Michael Hackman. To him he wanted me to send money with Western Union. And James Gooding, that was the guy in UK (account) where my money goes on.. At the airport, where are the diplomat could not pas because of the package.. On his account are goes the 1000 Euro. FOR JAMES GOODING with BARCLAYS BANK:
Phone numbers he use from Ghana but with different name (Michel Hackman 00233264223981 e-mail of the diplomat he use hdp.mohammed@aol.com his e-mail charlesmorrison735@gmail.com I'm send him my address and pictures of my kids I was soo stupedly. Just now i'm thinking Charles Morrison are all of them..and the whole time, where i was racing time..he was to the same time everybody.He have use nice words..he is a big scammer. Please stopt this guy, befor he use other woman. I will live in pease. Will never happening again in my whole life. As i told him, that I'm not trust him anymore, He probably is someone else?! Of sure.. he have to give me back my money, he not contact me, until yet. Since today.