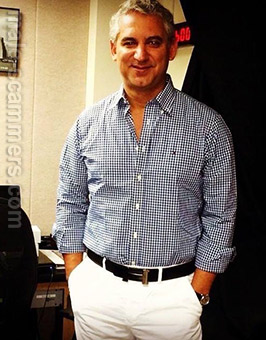 Thank you for the songs they made me happy ,I apologize for my late response ..I have been sick because of the situation of my luggage and the ship .Thank you for thinking about me in the church it made me happy .You think am like the other men that ask you for money ,I want you to know that my feelings for you is not base on material things .I care about you and I want us to be together .I am very honest to you and I expect you to be same .You said you can not go to the bank for my seek is ok but love is been there for each other .We are still working on the ship hope to fix the problem pretty soon
Enjoy a beautiful week
Sweet Love ,
Frederyk

My Love ,
How are you hope good ,your mail makes me happy .I am so sick ,I worry about my luggage ,please darling why you don't want to help me do you want me to loss my luggage ?I promise you will never regret helping me .Take care and hope to read from you soon
All My Love ,
Fr
Read more

Romance scam letter(s) from David Magid to Eloha (USA)
Hi my dear how are you ? with a cute smile on your face, Its nice to meet you here and wish we can get to know each other better and see what the future might bring for us.Well

Hello dear, How are you doing and how is everything going on with you?, i hope you are doing good and everything is working well with you the way you plan it dear??? I want to use this medium to tell you more about me, as you have already known my name, am Eng. Frank Duncan, am from New Zealand, But i live and work here in Liverpool, am 47 years old , I am single. I am a civil Engineer by profession and am into construction, because of the nature of my job, i have traveled so many places to do my contract job, i have been to so many places in Europe, Australia and Asia, But now am in Liverpool, Am the only son of my parents, Oh My God, I think am so lonely but thank God that my mum and my only sister are still alive, she is there for me and always give me support when am
Read more

Romance scam letter(s) from David Magid to Ana (Mexico)
Dear Friend,
Greetings,I know you would be surprised to read from someone relatively unknown to you, but Before I go further I will like you to understand that, I am writing this mail to you With due respect trust,I got your contact from your profile.

There is a lot of massages which made thing very difficult for people to believe anything that comes through the internet, but this is a different case, My name is Admiral Raymond James Griggs AO, CSC, RAN and am also the senior officer in the Royal Australian Navy and has been the Chief of Navy, I am presently serving here in Syria. I really wish to have you as my good friend and also wishes to entrust some funds into your care, but I have already send the fund out of Syria, I feel quite safe dealing with you.I need your sincere and truthful friendship.

Now i urge you to take this message seriously and with An open mind.
so with good faith and trust join me and i am assuring you now that you will never be disa
Read more

Romance scam letter(s) from David Magid to Weng (China)
Hi Gloria, How are you doing today? Thanks so much for giving me the chance to know each other better.. I just want to write you a short note here and i hope you will find out time to get back to me soon. I believe here will make it more easier for us to know each other better and someday think of how we can meet each other. Have a wonderful day and i look forward to hear from you soon. Rgards,Kasper

Dearest, Good Evening. How are you doing? I hope you are having a wonderful day so far. Thanks for taking time to read my mails and send me yours too as it clearly made me understand that you are a patient woman and that you love to communicate irrespective of the time it costs you to do it. As you may have head, communication is very essential in any relationship that is on the ground level. I intend to know your ways, creed and belief more and come to respect them. i believe asking you questions and getting the answers in return is a rather appro
Read more

Romance scam letter(s) from David Magid to Heather (UK)
Ohh, sweetie you are so sweetie , i love you more and more , i want you to know that you alone have the key to my Heart and i promise to forever love and Cherish you till death do us part.

well i believe that as soon as i am done here we are going to have more Holiday with each other.

i promise to love and care for you all my life , sweetie you have to trust me on this please you do ok