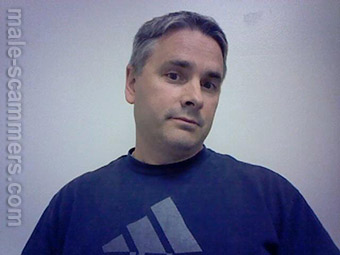 REPORT N1 (added on August, 17, 2015)
Carmen (USA)
This man contacted me through match around Spring. He asked me to email him at these different addresses. He professed love and admiration for me and called me and emailed me almost every day. He built a strong bond with me and I began to love him with all my heart. He was so caring and so attentive. He sent me videos of himself wishing me a good morning and to profess his love for me. He sent countless love songs in the last 3 years expressing his deep feelings for me.
Then I received a letter from dr,davidbabaloa@lightmedicalcentre.com, informing me that Chris was injured while driving his truck. However, the injuries did not match a car accident of that nature, so I was suspicious. When I emailed Chris, he replied that he was back at home and not working. He needed money for medication and treatment. I did not send him money.
As time went by, he needed me to send him him a cell phone, which I purchased for him from Amazon. He also needed 2 cell phones for his two friends, which I purchased from Amazon. As time went in, he needed me to buy him a Phablet. I purchased it again from Amazon.
As time went in, he needed money to buy an Internet bundle, then another cell phone and in July, he dropped his cellphone in the bath water and needed another cell phone. I send him $400.00.
I must have spent about $5,000.00 buying him devices, paying for Internet bundles.
I have always been suspicious of him, but each time, he convinced he that I should not be suspicious. I checked male-scammers.com a few days ago and saw one of the photos he sent me on page 71, I think it was. But he had a different name of Jaimie Martin.
REPORT N2 (added on June, 23, 2016)
Jackie (USA)
Meet on dating site told me his wife died of cancer and he was in army got deployed to Africa have sent money to get a phone because his didn't have hardly any good reception also money to pay so we could talk, sent video and songs really feel for him Now is telling me that needed money to pay for his flight home service won't pay for his flight.

Romance scam letter(s) from Christopher Allen Reid to Carmen (USA)
Hey babe, how is your weekend? Hope good anyway I understand all what u wrote perfectly. I will urge u to know that I am not on here to hurt u. It was never my intention and it is still not my intention. I love you okay.

Only that u met me a. Terrible condition and it sucks really bad.

HAPPY THANKSGIVING--
YOUR DARLING IN HAWAII

It's nice reading back from you, how are you? Since u are less concern about my health.
If u must know, here is not as civilized and developed like home okay u can find. More than a hundred persons answering the same name in a city,that is one thing I have gotten use to.
Secondly,there are loads of private hospitals that are not online and not well known. You definitely can't expect the same services provided over there to that of where I am.

If u must know all he tried doing
Read more