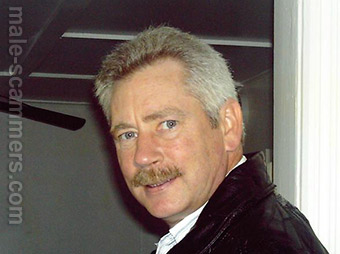 REPORT N1 (added on August, 12, 2015)
Ann (USA)
Richard Witty message me from Seniormeet.com and after several letters I detected that he is a scammer. I told him to stop sending me messages. After two weeks he message me again but this time he is now Rick Perry. He was kicked off in seniormeet.com and claims he was hacked. He continued writing letters but each time he has a different line of work and claiming to have a 16 yr child. My suspicion is that this is a child using stolen photos and playing with women's emotions. He is a brat. He needs to be caught and to be stopped scheming.

How are you doing today? Thanks so much for your response on the site(Ourtime.com). I love the simplicity of your profile and would like to know more about you. I am fairly new to this whole dating scene and looking for a serious and long term relationship..I would really like to get to know each other .Concerning what i do for living and about myself.I felt is important at this juncture to let you know the personality of whom and who you writing to on the Site...My name is Richard Witty.I own a home and living in Orlando Florida....I have 1 Grandson named Michael after the untimely death of my Only Son and late wife.I was once married to a loving,caring,honest and sincere woman until death came and strike her away from me.I believe is one of my past and since then have been searching for a loving,caring,honest,sincere,passionate and affectionate woman .who also has the fear of God Because there is a bible proverb that say the fear of God is the beginning o
Read more