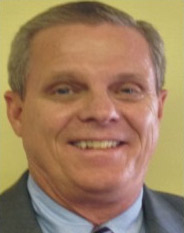 REPORT N1 (added on July, 31, 2015)
Elaine (USA)
Dear Male Scammers:
“Richard Ricardo” aka "George Richard Ricardo" sent me many text messages and placed several phone calls to me attempting to persuade me to join him in raising money to pay John Roberto Carlos $26,000.00 tax to the Turkish Government required on a > $5 million dollar contract. They both are working together on female victims to defraud divorced USA woman with good incomes found on Match. Below, is a copy of email below where George Richard who holds himself out as a "Good Catholic" man of honor, tells me that God sent John Roberto Carlos (the romance scammer who professes to love me) was sent to me by God, and that when I ask for evidence and tell them I don't believe them, George Richard sends me this email "don’t allow the devil to come in." HA ! These 2 ROMANCE SCAMMERS are working with the devil !. DON'T BE FOOLED. They are very charming and persuasive. These documents are FAKE. Check out the signature on the passport doesn't even match the name.
Please expose this DUO "tag team" Romance Scammers !