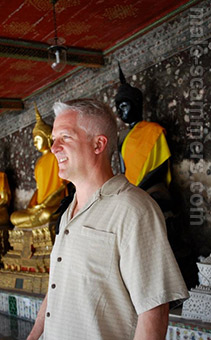 REPORT N1 (added on July, 28, 2015)
Deborah (USA)
I meet him on POF dating website. We exchange email addresses and I emailed him first. He said he was in construction and was widowed for five years. His wife died from cancer. He is 63 years old and DOB IS 7/10/1951. He said he was from Scotland but moved to Virginia when both of his parents died. He lived with his aunt. He said he had bid for a contract to do construction work in Malaysia. We corresponded from 6/8/2015 to 7/4/2015. We also talked one to two times a day on the phone. I Googled him and only found him on LinkIn. I reversed the 1-703-859-8513 phone number and it was a business at 1122 N. Kirkwood Rd. in Arlington, VA. He professed his love early in the e-mails. On 7/1/2015 he called and said he was going to Malaysia with his son, Rick, the next day. When he got to Malaysia he e-mailed me his contract which I have a copy of. I Googled a dream that he said he had of me and found it here word for word on your website. I confronted him in a e-mail about everything I knew about the lack of info about him on the web, the reverse phone number, and the dream. I never heard from him again.
REPORT N2 (added on August, 13, 2015)
Anna (Sweden)
This man contacted me through Facebook and I ended the correspondent with him August 4, 2015. His Facebook account was hijacked twice during this time and it was because people was jealous on him. After the second time we had contact through Viber. I found him here on your page but here he is called Raymond Watters. He works with Constructions and said he got a contract in Indonesia to construct a highway. Of course there was trouble on the way and he wanted me to help him with money, the machine was broken and he needed money to buy new parts for it.

Romance scam letter(s) from Raymond Watters to Deborah (USA)
Morning Deb ,how was your night? So nice hearing from you and for the time you took to tell me about yourself , i really appreciate that..Like all you have said for real , i can see you are a very ambitious and you know what you want to achieve in life i really admire that in you !! Well,to tell you more about myself,I am Ray Watters by name you can also call me Ray,living in Leesburg VA...I am 63years(July 10th 1951) 5.9ft,grey hair,brown eyes, an Indian/Scottish man,My father hailed from Scotland i was born in Glasgow and my mother is Indian American am kinda mixed race.I lost my parent log time ago at the age of 20years , I am the only child of my parents.I later moved to my aunts place here in Virginia who took care of me unfortunately for her she had no child of her own so she had to raise as her child ,she is late now...She taught me lots of things ,so that makes me who i am today, learn the principles of life.She passed away at the age of 74 due to her illnes
Read more