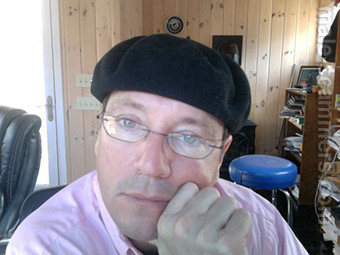 REPORT N1 (added on September, 2, 2021)
Emma (Canada)
Mr Anderson initiated the contact from Wayn.com. Corresponded from january 2015 till may 2015. Not suspected him to be a scammer. The money was requested after he said he was hit by a car and robbed and broke his leg. He needed money to send to his daughter Amanda Irene a medical student of 24 yrs and for the nurse of his mother of 82yr. It was send to mr YapSing Hui. First he wanted me to send it to the Royal bank of Scotland but changed it later to send it to mr Yap Sing Hui. The amount was 1700 in pounds. another time he requested Myr 8460 send to Ravintran Munindy ,as he said Yap had gone home.
He said he was working in Malaysia as a consultant to install oil-and water pipelines. He was given a check and was leaving from Lenggong on the 19th of april but was held in custody and ask for a money by Mr Chew, being his lawyer?, Money 2000 euro send for his release to: Kok Chik Soon , suppose to be the assitent of mr Chew. Another time they wanted a Myr 4760 ,but I was at time ( maybe a little too late finished with them).
I dont know if this is a group of scammers, as even the daughter has send me emails under the name of Irene M anderson, email: mandyand@outlook.com. Last mail I received was on the 21st of may.

First I want to say a big thank you for sending me your email address as I thought you will never give it to me if I had asked.Its been in my heart to ask but I wanted to go a step at a time and I am so happy right now.

I will also be going to church by 9am tomorrow when I am up. Its quite a distance to the Church. Malaysia is a muslim country and I am in a pure muslim state.I will go to church and return by 12 noon before I go to work by 1pm. There is a 7 hour time difference between Malaysia and the Netherland as its 02:10am and In the Netherland,the time is 7:10pm

Thanks for seeing reasons that I am not asking for too much as I need a reliable Lady.First I want you to know that I am an added admirer of you.I knew your age before I sent you an email.I have an eye for beautiful Ladies but I must find out if she is got the qualities I need in my woman that is Love,understanding.sincerity,patience,caring and above all ready for a family. I am a l
Read more