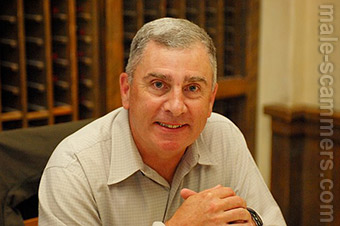 REPORT N1 (added on June, 9, 2015)
Meiling (Philippines)
I met this guy ,Gen.Mark Marvin Stanley from Skout, he said he is 53 years old,he said he is a General in an army stationed in Syria,one red flag I saw here,he started writing romantic letters, funny ,its a first email...as he is proposing that he feels Im his soulmate.he asked what my work is. tried catching him like sending wrong infos about me ,that I am a fashion designer,and into export business just to let the conversation going, it takes him so long to know what his motive is, well I would say to him,how excited that one day I will meet him,then he asked me to write to his military company that I am his wife asking him for a leave ,once approved he will come to visit me ,then I was telling him my plan to buy a new car, and he said to wait for him to come and will buy it for me as a gift. When his leave was approved, it says I need to pay $3,500...he is asking for my international passport number ,my tel number ,you can see the email ,is a copy and paste, there is no logo name of the military, now thats another red flag, I search that there are no US military soldiers in Syria, I got around 42 emails in a month. So right now he is still convincing me to trust him. Funny he never remember where I am from, and he thought Im from Malaysia which is not.
REPORT N2 (added on June, 6, 2017)
Eloha (USA)
Military scammer - image stolen.

Romance scam letter(s) from Mark Marvin Stanley to Meiling (Philippines)
Hello Madam , we just receive an email from our Military Vacation head office that your request has been approve , you most be a very lucky woman, Madam at this point you have to send to us some vital information about yourself, this information will enable us arrange a document for you called (BROWN CARD MILITARY DOCUMENT), This document stand as a prove to the United State Of America that this Vacation which was given to your Husband was requested from you as the wife.

And why this document is also needed its because your Husband will be coming to your country directly and this document will cost you just little , which is Three Thousand Five Hundred American dollars , we will send to you our secretary bank information on how you are to send the money to us here in America to enable us get the document for you and with out this document your Husband will not be allowed to move out from our base here in Syria cos there is no document to prove that he has a vaca
Read more

Romance scam letter(s) from Mark Marvin Stanley to Eloha (USA)
Thanks for your message, well i do work for the US Army and presently posted in Syria for a United Nations Peace Keeping Mission, i have submitted my retirement letters and hoping it to be approve soon. So what do you do? I got a lovely daughter of 11 years and have been single for some years... would really like to know you more better as a friend as i do like to cook and walk along the beach. So would like to know if you are married or got kids?