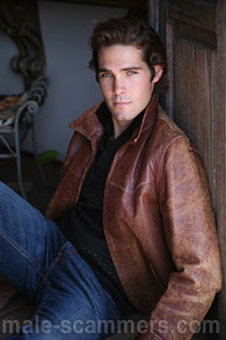 REPORT N1 (added on June, 4, 2015)
Celie (USA)
I met Desmond John on Online People. He told me he was from Essex, UK. He told me he was a foreman for a construction company. We chatted on Facebook for a few days then he told me that he would be more comfortable talking on Yahoo Messenger. We chatted there for a few weeks getting to know each other better.Talking about family and friends We talked about our childhood. Then he asked me what was the worse thing that happened to me when I was a child. I explained to him what happened. When I asked him the same question he said that he had only one male friend and when he was 12 years old his friend John died while playing football. Then I asked him if he has any friends today. Said he had one male friend who lived with him for two years. Desmond explained how his friend turned his back and left on him when he lost his job and needed $3000. We then exchanged mobile numbers. At that time his mobile number was +447045794381. He told me that his company awarded a contract in West Africa. Then he told me that he was worried because he got a call saying that he should use his own money to start the project in West Africa first and they would pay him back. Told me he would fly out. A few days after he got in West Africa he called me. He also sent me emails via mondaya81@yahoo.com. Everything was going fine for a while. He told me that his contract was for building roads and bridges. He hired laborers to do the construction work. It was time for Desmond to be paid by his company but they wanted to pay him through bank account and there are no bank in West Africa like that. Immediately Desmond asked me to open a Bank of America (BOA) account for him in the states. I told him I would think about it. I did open up a checking account at Chase bank because I had some trouble with BOA in the past.The amount that was to be transferred into this account was $50,000 and I would Keep $300. Sent routing number and account information to Desmond over the internet.Soon my account was closed because of suspicious activity. I opened up another checking account at Citizens Bank. Sent routing/account to Desmond over the internet via yahoo messenger. Amount to be transferred into account would $10,000 and $40,000. I would withdraw $10,000 out of the account. Keep $300 for myself then go to the Western Union and send the remaining $9,700 to Receivers Name: Kelly Morison, Address: Lagos, Nigeria, Amount to be Sent: $, Text: Question/Answer, Sender's Name: Amount Sent: MTCN (control number). I would withdraw $9,990 from an account at Bank of America.I was promised $500. Would have to wait for Bank Officer to call with instructions. Most of the time the bank schemes failed. So they started using Western Union. Because of Desmond I cannot open bank accounts, credit cards, can't take out a loan. I was really dupped.