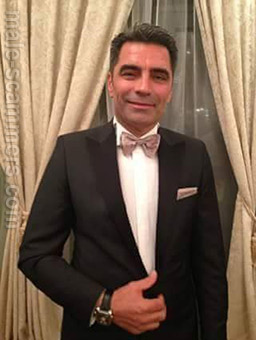 REPORT N1 (added on June, 3, 2015)
Sharon (USA)
He contacted me on okcupid. we talked for 2 days and he claims he is in love with me. he did not ask me for money yet. i searched his pictures and they showed up.
REPORT N2 (added on June, 6, 2017)
Thandi (South Africa)
The man, who calls himself Wilson Williams on Facebook sent me a friend request which I accepted. He then started sending me good morning message which I initially ignored. Later on I responded and he started making advances, telling me he liked me.. As time went on I fell for his charm and we were like dating, and started chatting on whatsapp. One day he sent me pictures of items (laptop, cellphone, jewellery, bags) which he said he had bought for me from Germany and he said he was sending them to me by courier. On the day that he sent the parcel he told me that I would have to pay a small fee to release the parcel and that he had put some money in the parcel to replace whatever amount I would have paid. The next day I was called by a lady who was claiming to be working for the courier company in RSA and that the parcel would be delivered to my house after I paid US$180.00 which was then equivalent to 2400 Rands. This was to be paid into a bank account in South Africa. Having paid the R2400.00 I was then told machines had detected the money in the parcel and that I had to pay another US$500.00 (6685 Rands). This I stupidly paid as well. After that I was told to pay US$2200 to insure the valuables and the money. That's when I started to be suspicious.