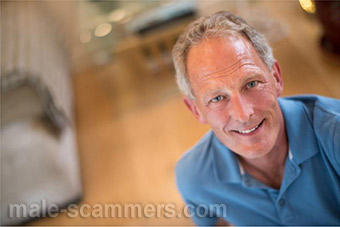 REPORT N1 (added on May, 1, 2015)
Caryl (USA)
I met him on Chemistry about mid-March, 2015......and the web site vanished a couple of days later. We texted and talked by phone for all this time.......he claimed to be in NYC writing a proposal for a Gucci contract for fabric.. I went to Japan on 4/1/15 and he went to China to get fabrics about mid-April. We continued to text and have phone calls very frequently during all this time. I got home from Japan on 4/21 and on Friday 4/24 he texted me and asked to go buy him 2 $500 iTunes vouchers as he could not get them in China. The Apple store sales person alerted me that this was a frequent scam. I cancelled the Credit Card charge. He continued to send me reassurances and documentation of his flight to Hong Kong. I called my iPhone Tech support and they suggested that I send a copy of his photo to Google Image. When I did that, he came back........very same photo..... as Tony Pankhurst with another website saying his photos had benn used for scamming.
REPORT N2 (added on February, 4, 2016)
Ann (USA)
I met the man named Kurt Schneider on a senior's dating site, Our Time. I wrote first, saying his photo was handsome. He was very assertive after that and wanted an exclusive relationship. It has continued as a love relationship (I thought) for 2-1/2 years until January 6, 2016 when a friend sent me your website with his name. He wanted to get married, but wanted to finish business in Ukraine for a contract with Adidas before he came here. He said his identity had been stolen in September 2013, and he needed money to complete his contract. He is in the fabric business, originally from Netherlands, he said. He has been in the US since about 2004, he said; widowed in 2007. One daughter, Kate, in Massachusetts. I ran the photos he sent me through search a few days ago-something I just learned about. The photo came up with another name, not his. He is using a stolen celebrity photo of a public figure and film maker in Australia.