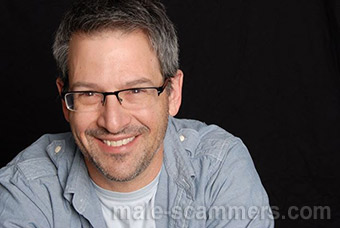 REPORT N1 (added on May, 1, 2015)
Marie (USA)
Met on March 10, 2015. Texted, spoke, emailed for 2 weeks. Said dual citizenship in Britain and Hungary. Said was a widower with 15 yo daughter. Said mother and father died in a car accident and he was an only child. Said he built roads. Instead of visiting first he said he had to go to Capetown, South Africa to have supplies shipped to States. Came up short for taxes on shipment and needed money wired. Did a background check and all pix and passport was fradulent. Then on March 22 saw him matched with me again on match with different pix and this time another location in TN and instead of 55 was now 57. Blocked immediately.
REPORT N2 (added on August, 6, 2015)
Tammy (USA)
I was recently involved with this man meeting originally on Match end of May 2015. We exchanged many emails, texts, spoke by phone at least three times a day. It was appearing to be serious and we were supposed to meet and spend time together, but he suddenly had to go to Cape Town South Africa to make a major purchase for a bridge project he was working on in Minnesota. He claimed the bill was more than stated, taxes were also added and that he was unable to get a hold of his bank account money because he had placed a block on it from previous fraud. He stated he doesn't have any credit cards due to this either. I fell victim to his very convincing story and foolishly wired money to help him out.
REPORT N3 (added on October, 29, 2019)
Lia (USA)
I met Peter Gray on Match. We exchanged messages via Match.com talkmatch.com (321g@sc2.talkmatch.com) for 45 minutes then moved to email chats (petergray1@yahoo.com). When he sent me photos, I found him to be portraying/using the photos of a famous American author, and blocked him immediately.
REPORT N4 (added on October, 29, 2019)
Dobby (USA)
The interesting thing about this dude is that we went to Hangout and chatted, but I went back to the DM to go to his profile page and found that I could no longer talk with that person. I clicked on the avatar to go to his profile page to see if he had blocked me, but his account had been suspended. There was not even an option to see his tweets and followers. He says he loves me and called me "sweetheart." It appears that Twitter busted him as a male romance scammer before I did. He was talking to me at 6:30 this a.m. Mark is from Cleveland, Ohio. Aside from telling me that he has been to Paris, he says nothing about himself. I pointed that out to him. Perhaps he will talk more in Hangout.

Romance scam letter(s) from Martin Bryan to Lia (USA)
Hello Lizzy and yeah my surname is Gray,I will write about my self in a while.
Peter

Hello Lizzy, nice hearing from you,well let me re-introduce myself,my name is Peter Gray am 58 years old I am a single man actually a widower with a child,my wife passed on 2009 and my life has never remained the same after the lost but I am ok now,also am originally from Sweden,a private contractor geophysicist consultant,am into mining and exploration and installation of solar panel.I am self employed .I have a few passions in my life and I like to say that I'm passionate about finding my soul mate,am looking for a serious relationship with a woman that knows what she wants,We are not created to live alone,need that special friend at this point in my life,someone I can share my fears, hopes and ambitions with,in a relationship I love to feel wanted,I sent you some photos and would like to view your us too,enjoy the rest of your day.Peter