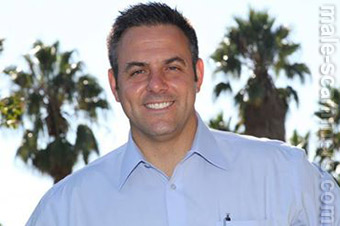 REPORT N1 (added on April, 15, 2015)
Debra (USA)
We met on Chemistry and he wanted my email address so he could email me. We emailed and eventually he wanted my phone number. He was very persistant in contacting me and he wanted to know all about me. We talked for 4 months, either email or by phone everyday, and as the time went on, he began telling me he loved me. In the beginning I told him I had been lied to, cheated on and scammed and if he was a scammer he might as well move on to the next person. He was very convincing and since he supposedly lived in the same city,he convinced me he was legit. I kept pushing the issue to meet. He said he wanted to get to know me first, then eventually when we were supposed to meet he conviently won the bid on a contract for 1.7 millon dollars and had to fly to South Africa, Milnerton Cape Town. He called and said he wished I was there with him to see how beautiful Cape town was. He was going to be there 2 weeks and when he came back would I pick him up at the airport? He called telling me he was having problems with the foundation and was going to be delayed in coming back. It would be another week or so and would I be able to send him 3 laptops as his credit cards didn't work in Africa. He was an Architectural designer and he needed the laptops for the crew to keep the line of communication open. When I told him no he continued to carry on a conversation and ended by telling me he loved me and couldn't wait to see me. I asked several personal questions that he hesitated on. I told him I thought he was a scammer.. I never heard from him again.
He was a mixture of Dutch and British and was from the Netherlands. Father from Holland and Mum is British. Father is late and Mum very much alive and still living in the UK. Has 1 son Chris 22yoa who is attending college in the UK. He was married for 29 yrs , but lost his wife 3 yrs ago in Holland, in a tragic accident. His whole life came crashing down. He loved her so much he couldn't bear it. He had to go to counseling before he got healed. But life must go on as his late wife is in a better place. He has moved to OKC and already developed a business and is here to stay. He sent a link to his webpage for the business.

hanks so much for your email. Am doing very well. An am very happy you are grateful for the gift of life. Please do not give up on finding love, it might be right there starring at you to show some faith and make a move. I really enjoyed reading your profile and i think you are a good woman. Do you think we have a connection???

Anyway here is a little about me. Am a mixture of dutch and british. My father is from holland and my mum is a british. My father is late and my mother is still very much alive. Am the only child of my parents and i was married for 29yrs. I lost my wife in a tragic accident 3 years ago in holland. All my whole life crashed when my wife died. I loved her so much that i couldn't bear it. I had to go through several counselling before i got healed. But they say life must go on as my late wife is now in a better place. I have a son who is currently in the university. My son and my mother have been my only source of Joy ever sinc
Read more