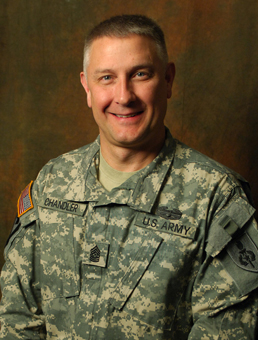 Romance scam letter(s) from Patrick Chandler to Jette (Denmark)
Hello my dear, My name is Martin Kelvin I'm not always consistent due to the nature of my work, I prefer e-mail when I am free, I will send emails to you, because I'm always busy with my boys here in camp.so give me your email so I can write an e-mail to tell you more about myself, or you can write me a short e-mail here: (martinkelvin33@outlook.com)

I'm so glad to receive your message. My name once again is Philip Chandler, born 12/09/60 to an Irish-American father and a Polish-American mother. I just happen to get your contact when I stumbled on your Facebook profile. You are beautiful indeed.

I’m currently on second mission in Kabul Afghanistan. My first mission to Afghanistan, was in 2004 and ended in 2008, Went back to the States, and then lost my ex wife to Breast Cancer, I was in love with her with all my heart until death separated us. As all great marriages should be she was my companion, best friend, help mate, lover and other things words can't describe. I’m having a very hard time dealing with my wife's death. Though I am being myself now. We had one girl together, Audrey Nancy Chandler. Regrettably, she died a few years ago in an auto crash. Her picture is always with me.

Romance scam letter(s) from Patrick Chandler to Mary (USA)
Mine too was fine i spent mine working all the time make sure that everything go on very well, I love you with all my heart! I will never ever forget the first day that we met. I remember each and every detail. Meeting you has been an answer to my prayers. I will always love you. My heart belongs to you and ONLY you. I never want you to forget that. I didn't think it was possible to fall in love with someone so fast ... but, this has totally proved me wrong. I am truly happy to be with you. You are my everything and I will do anything for you. I will never leave your side and when you leave for long periods of time I will be right here waiting for you,Everyday I wake up thanking God for you. You have made all my dreams come true,I promise to always love you and always hold you in my heart. I will always be here for you when you need me and I will love you no matter what life brings us. You are my soul mate, and I vow to love you until the day that
eternity is gone.
Read more

I'm so happy to read your message. Age is nothing but number, Life is not easy in general but we have to appreciate our self for wonders of our being. What a happy moment to found you in my life? You are perfect for me. My heart has already found it's way to you and I will give you my unconditional love . I want you and no one else. I think we should try and make this relationship work beyond imagination.

Attached are my pictures.

I am happy to hear from you. My life really change the first day you replied to my request. As I said, I want a woman that will love and cherish me for who I am, I am happy because I have a woman of my choice, woman with love, caring and open minded. A woman that knows what it takes to make his man happy. You have filled my emptiness and my broken heart, I can say now that I am in love.

In relationship, I want a Kind constant and honest communication.The willingn
Read more

Romance scam letter(s) from Patrick Chandler to Lee (USA)
Greetings my dear, hope you are good today, my name is Jerry Parker, a member of NATO troops serving in Afghanistan. I saw your profile and would be honored to know more about you. Reply me as soon as you can.
Thank You.

I'm so happy to read your message. Life is not easy in general but we have to appreciate our self for wonders of our being. What a happy moment to found you in my life? You are perfect for me. My heart has already found it's way to you and I will give you my unconditional love . I want you and no one else. I think we should try and make this relationship work beyond imagination.

Attached are my pictures. Kindly send me your picture to keep memory till the day we meet.

Sorry for not inform you before going to the mission, After recent killing of the 4 NATO soldiers and some individuals, we were sent to the western Afghanistan str
Read more

Romance scam letter(s) from Patrick Chandler to Lilia (Belarus)
I have to wake-up to write this letter to you, this must be kept secret and confidential, it is very important to me; i have some of my money i will like to send to you to keep for me before my retirement next month, by thursday next week I will be submitting my letter of retirement and the military congress would proceed with the procedure without any deployment. I have been in the force for long and I think is the right time to quit, I know that you are not perfect and nor can I claim to be either but please believe me, when I say that I want to be by your side, to hold your hand, to treasure you in the morning and in the noon-tide, to be next to you, to be held close to your heart now and for the rest of my living years, to comfort you, dry your tears and calm your most frightening fears, to fight your battles and show no shame to scream my love for you out loud all over the world.

Romance scam letter(s) from Patrick Chandler to Eloha (USA)
Hello My name is Jose Brain, I read your profile and am interested in having a serious relationship with you. Please my dear I am a sincere man all I need is just your love. Believe me I am seriously looking for a woman that I want to grow old with, please send your mail, so I will tell you more about myself and even send my photos to you

How are you doing, hope you are having a nice day?. Thanks for giving me the opportunity to write to you. It's a pleasure getting in touch with you. I'm sending you few photos of me in the attachment, and I hope you will like that. Once again my name is Jose Brain., I am 58 year old fro
Read more

Romance scam letter(s) from Patrick Chandler to Eugenija (Lietuva)
Hello my dear, how are you doing over there? I'm Sgt. Martin Clifford, It is nice meeting you, my dear i will like to be your friend and know you better despite our distance, age and color.

I was searching for a good, trustworthy and humble female to be my soul mate whom i will love and care for because i am a man of good heart and optimism i am glad that i found you, i love making people happy and also love people to make me happy because love and happiness makes one to live long on earth so that is why i love to stay with people of good hearts and love.

I was born on August 25, 1962 age 56 years old, i divorced my wife 10 years ago because i caught her sleeping with my best friend and i have no kid, I'm a Christian, My father and my Mother died in a car accident, they are no longer alive they died when i was a kid. After the death of my parents my uncle threw me out of the house and claimed my late fathers property and his assets so on the process of that a
Read more