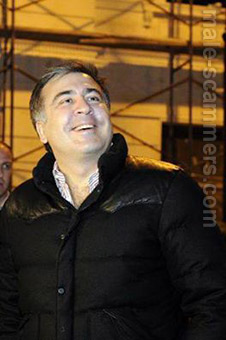 REPORT N1 (added on March, 26, 2015)
Engela (South Africa)
We started chatting on badoo and he told me he was a widower with a 12 year old daughter. He send me photos of the daughter after a week we chatted on whatsapp and he told me he was madly in love with me so I searched his picture and saw that the picture he used was stolen.
I did not let him know of this I wanted to see his plans then he phoned me and told me he had to go to Texas to get his money for a previous job and his is leaving the next day.
Two days later he phoned very upset because he could not get a hold of his nanny. Then he phoned and said she took his daughter with her to Johannesburg with out his consent and I need to send them R3000 so she will take a bus and bring his daughter to me. When I refused he screamed and shouted at me he then gave me the so called nannies number and she said her mom was sick in Soweto and the girl is with her but when I wanted to talk to the girl she was sleeping and that was 6 in the afternoon.
He then asked me for less money again I told him I did not have it and he said I did not care for him and his daughter.
Please be aware this person is bad news.
REPORT N2 (added on July, 29, 2019)
Eloha (USA)
Scammer - image stolen from former president in Georgia.

Romance scam letter(s) from Michael Dan Clinton to Eloha (USA)
Hello darling, how are you? You look so pretty Nice to meet you My name is Richard Am I really happy to meet you from where you are?