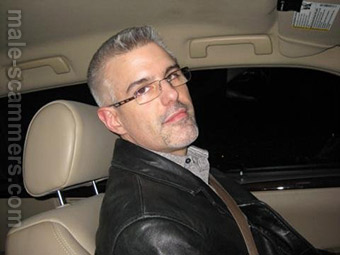 Knowing you is the greatest thing that happened in my entire existence. I never realized how happy and complete I am with you by my side, you don't even need to do anything. The thought of you staying by my side reassures me and gives a whole new meaning to my life. Every sound of your voice is like music to my ears, a serene lullaby that lulls me to sweet daydreams. When I gaze into your soulful eyes, I could see a brighter tomorrow. The soft whispers of your enchanting voice lift my empty spirits and calm my weary thoughts. Your beaming smile chases all my worries and uncertainties away. Your warm embrace puts me in a trance of sweet lullabies and melody. The moment that I hold your hand, I know right away that you are the one that I want to spend the rest of my life with you. I am sitting at a spot close to the sea now , drinking a cup of coffee and thinking about you i love you so much baby

Love my company got a contra
Read more

this letter is to let you know that I love you and can never let you go. You are not only my love but also my inspiration. I don't think I can live this life without your love, I can do anything, When I mean anything darling, i will do Everything just to put smile in your face, Do you know what I feel to know that You're MRS Guli in the nearest future. I can never get someone like you and that's why I can never let you go. I'm so glad that I've you on my life now, Just like wine gets sweeter as it gets older, you keep getting so beautiful everyday. I fall a little more in love with you with every passing day. Nothing in this world could ever be as wonderful as the love you've given me , Your love makes my days so very bright, just knowing that you will be my lovely wife soon.

All my life I’ve been in the rain Till you came and brought me sunshine You turned my lonely nights into happy days,
And I found love in your little loving ways. Life has never
Read more

Romance scam letter(s) from Vincent Muphy to Karen (USA)
Hello Dear
It was good to hear that u want to know more about me....I am Thomas like i have told u before I am the only child of my late parents who dead.I have been in divorvced for about 5yrs now,and haven't dated since then just waiting for the right woman to come my way hoping it's you. i'm open, sensual, kind, gentle, romantic...I want a different lady a very good woman,I'm a very family oriented, sensitive and tender person,I want to give all of my tenderness and care to my special woman.I enjoy nature, seeing the stars at night, listening to the sounds of nature, being near the water. as I love the ocean and sea,I like traveling, dancing,and watching football (soccer),I enjoy music so much, classical Blues R & b and modern,Country music too...You are so beautiful that every man would want to hold hands with you someday. Looking into your eyes alone, shows me a beautiful world.And i guess i will be the luckiest man getting to talk to you.

I am very ,open
Read more

Romance scam letter(s) from Vincent Muphy to Eloha (USA)
Hi pretty,how are you doing?I m Smart by name,I just came across your profile and it was really great.... which caught my attention by knowing you as friend for a start ....if you don't mind. Best Regard Smart

Romance scam letter(s) from Vincent Muphy to Carole (UK)
Your letter said so much and that means a lot to me, Your response has really made my day and I am so happy about it, It shows how real and passionate you are.I am so happy to read from you and most importantly, to know we are both looking for the same thing in life. Where do I start from?
In details about my job, i would start by saying my achievement with my profession at its peak means is quite prove by so much handwork i put into it with passion but to me without true happiness and love, life wealth is nothing.
My wealth of experience gathered through work trips is really a plus to my person and if you don't mind I could share lots about my experience. Life is a great teacher and i think you just might be in a better position to tell me what kind of person I am which I am optimistic would be a positive remark.Spontaneous is a word to describe me. I work as a a contractor, i'm a business man i buy and supply construction materials for construction, and have mad
Read more