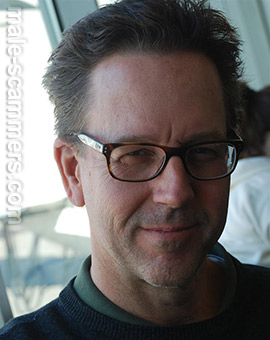 REPORT N1 (added on February, 16, 2015)
Dawn (Australia)
He contacted me via the web site e-Harmony. He says he was brought up by his maternal grandmother in the Canary Island after his parents died when he was 2 years old. He says his accent is because he was brought up in Spain. He says he was married to Anne for about 20 years but she died in 2005. He has a son, Fred, who is 14 and in boarding school in Scotland. He says he is a drilling engineer working for the UK government and completing his work soon and will be returning to Australia. He says he is dealing with an attorney, Kayne-Watson-Chambers 1119 Langton Road, Wavertree, Liverpool, L15 2HG, UK. He says he is getting an anti-terrorism certificate so his money can be transferred to Australia. He has a think Spanish accent and doesn't sound as if he as been Australia before. He states he is Christian and he does sound religious at times. He likes to send flowery and romantic e-cards and professes love at the drop of a hat. He has asked for money several times, I am embarrassed of the amount of money that I have sent to this individual, a total of $15,715AUD. I only wish that I had found this web site beforehand.

Hope your day went well? it was nice reading your message. Here is more about the person of me. I am Shane Butler, Background [ Father - Australia, Mother - Spanish] born to the family of Mr.Thomas and Mrs.Cecilia Butler. They met in the Australia and gave birth to me, i am the only son and child of my parent, i lost my parent when i was 2 by car accident and was trained by my Maternal grandparent in Canary Island, Spain, who took care of me until i was old enough to take care of myself. I do have an accent just because of my early days was spent in Spain.

I was married to my wife(Anne) for about 20 years. She was everything before she die in 2005, she could not recover from the shock in London bombings because she was hypertensive patient. Well such is life, she was a British. I have a son name Fred, he will be 14yrs soon, he is in a boarding school in the Scotland, i talk to Fred almost everyday on phone, haven't seen him for sometime now, i woul
Read more