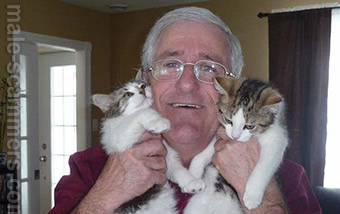 Romance scam letter(s) from Chris Shawn Fitzgerald to Brenda (USA)
I'm a successful professional, intelligent and caring person, a good friend and lover, youthful in spirit and appearance. Like many people who came of age in the fifties, idealism and commitment remain significant threads in my life and that is why I've spent the bulk of my career in the not-for-profit sector. I care deeply about the things in my life that I value: my work, my interests, friendships and family. I'm a devoted guy and friend, a sensitive and supportive mate. I like my relationships to be real and honest, both verbal and visceral, which is probably why most of my close friendships have been with women. In an understated way, I am passionate about life and unabashedly romantic. I love being transported by a soaring rock lead or the crescendo in a Beethoven symphony, by a gripping scene in a film or an elegant paragraph in a novel, by the magical connections we make sometimes with others. Though I don't seek change often, I like challenges and have alway
Read more