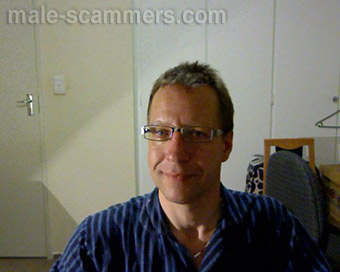 REPORT N1 (added on January, 15, 2015)
Sandy (China)
The scammer poses as a doctor taking care of disabled kids. A sick and invalid father lives in Seattle while he claims he lives in Austin Texas where he is self- employed. Went to India to establish Patt Healthcare Foundation. Reported he lost his source of funds by having been pockpocketed. Asked for immediate assistance of financial to sustain himself and asked for money for the Foundation permit. Sent a fraudulent debit card to be used outside India and for paying loans but to no avail. Then asked again help to clear consignment stoppage of parcels from US in Bangalore India with fake document from Ministry of Finance Government of India and a fake document of Anti Terrorist Certificate. Later, asked for assistance because he claimed to be sick and got confined for food poisoning as an impostor physician phoned to report this incident.
Wanted to leave India and during his claimed flight, was stopped by the immigration officer for the ground of not paying his hotel bills. Then claimed to arrive in Seattle US to attend his terribly sick father who was confined in the hospital, then begin to become evasive, promises of paying back the money disappeared into thin air. Till he claimed his father died. Shame on him.