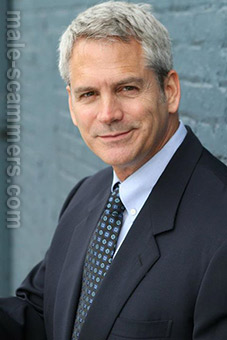 Romance scam letter(s) from Godwin Palmer to Laura (USA)
Hi my lovely wife to be Laura, how are you doing today? How is our daughter doing too? Just woke up with your sweet and passionate thoughts running through my mind. How the morning brightens the dark nights. How the moon brings shining light. Yet these, through the passing of time, dim when compared to this hope of mine. How a dream vanishes in the morning and a wish is only the hearts desire,where they are easily broken, shattered or they fail. Only hope for true love shall prevail. Love cannot be kept at bay, less for doubt, that pushes away. My dearest, my love, my soul so longs for your precious love. To the ends of the earth are but minor obstacles. For my eyes may not see, my heart will always follow after you. Remember always that i am here. Your skin, your bones, your body may be far away, but your love is not where you are. Thoughts of you like threads of gold keep running through my mind. You are the sweetest person, so beautiful, caring, honest, faithful,
Read more

Thank you for taking your time to write me an email, I feel so blessed to hear from you and to know more about you, I am so happy to know we have alot in common and want the same thing in life, I am so sorry about your dad, It's so sad to see people you love so much with your heart go slowly, God have good reason for everything we have been through in life . I am currently working as an Independent Petroleum Drilling Contractor for BP ( British Petroleum) on an Oil Rig Platform at the Gulf of Mexico for three months now without getting off, My contract will be ending by month end and I will be looking forward to retire once i get done with this contract so i can settle down and start a new life again, I am open to relocate to anywhere to start a new life and if it will be the only way for me to find happiness and love again in my life

I am lucky to have a youthful DNA, I look and act much younger than my age, I have been a widower for 3 years now
Read more

Romance scam letter(s) from Godwin Palmer to Sue (USA)
10months ago,we went on a red zone patrol mission In mainland Kabul and it was really a hell to see things going on wrong and bad..Peoples lives were taken,kidnappings,and others been maltreated by the Talibans.We tried our best since our mission is to make sure that peace prevails in everywhere we are assigned to.
One day,The Prime Minster of Afghanistan, His Excellency Mohammad Ashraf Ghani's only son was kidnapped by ISIS and he was so worried and confused..I can Say He Kind of lost all his focus on work and also forgot the reason for been the Leader of the Country..You could imagine if you were in his shoes...The Prime Minister sent the Afghan military to go on a search and make sure the bring back home safe his only son....They went,fully prepared but they came back and couldn't find him...The Prime Minister got worried and cried all day and night..His servant realized that the USA ARMY TROOPS are around..So he spoke to the Prime Minister to invite us so we ca
Read more

Romance scam letter(s) from Godwin Palmer to Marla (USA)
I went to a movie with my friends a couple weeks ago and that was the first time in more thsn 30 years. I guess we were homebodies. Lol

I'm trying to get it ordered since we don't have sales tax here that saved a bit of money. Trying to get veteran discount too. Have a good patrol. I should be done soon. There are two different grays a dark and a lighter almost silver do you have a preference.

If I upgrade memory it takes 2 more weeks get to me around april 10th.

I'm listening to mellow music and reading my bible. Wish you were he
Read more