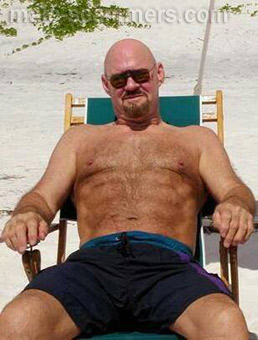 REPORT N1 (added on December, 30, 2014)
Joyce (USA)
I first saw Robert Smith on Tagged, I was so. drawn to his pic and. profile there,but he never spoke to me at all until I initiated conversation with him approx 3 weeks. after I had been on that site then he. would. say very little to me. I kept pursing him and about 2 mos later he asked me to talk to him on yahoo messenger, so I began talking to Robert Smith there and. everything was slow but consist ant there,nothing out of the normal. . the man even called me twice from a Texas phone he spoke well and fluent American English!! Not once did he asked me for any money on there!! But had told me he was leaving retirement and going to work again if he could raise the $400. 00 registration fee, I thought that was rather odd, but still continued talking with him,he told me he sold his truck for $500. 00 a lot less than he really wanted to sell it for and a friend had bought it. Nothing really abnormal to me. Then about 2-3 weeks later told me he was going to Dallas TX to work in a factory building automobiles and his job would start in a week and would call me when he got settled in his job,nothing peculiar to me. . . but I waited for 2 weeks and instead of calling me he messaged me on yahoo messenger where he told me he no longer wanted to stay on yahoo because all of sudden he didnt want me talking to anyone but him when I asked him if he was the jealous type he said he didnt think so, he just wanted his lady to only talk to him. I found that away from his orginal charachter, he even worded things differently but I just put it out of my mind telling myself it was just my imagination! Once on Google Talk with him for about a month he then requested that I get a bank account and I told him I didnt want one and he kept pursing that issue and I did get one, he then told me he wanted the bank infoo and I told him I wasnt giving it to him,my husband didnt even have that info and for him mot. to be asking me for it anymore. For about a week he didnt say anything more about it, then all of a sudden he got rather demanding and pretty aggravated about me giving him the bank info and I still refused, he told me he needed it for his work place to be able to send his money and once in my account I could send it to him! I thought that sounded odd and told him at that time if he didnt stop hounding me about it I wouldnt remain with him any longer! He just told me fine if I wanted it that way,I never loved him or trusted him anyway! I told whatever and didnt talk to him on Google Talk or yahoo messenger for nearly 2 weeks he then appologized to me and begged me to talk to him,he didnt want my bank account that he loved me very much and he didnt want to lose me over any bank account! I resumed talking to him&forgave him, by that time I had fell crazy in love with the man I knew as Robert Smith!! I did give him my bank info stupidly so!! He NEVER took any money out of my acct never asked me for money!! It was maybe 2 mos later that a check came into my acct for $2500! My nank at that time told me they sent the cjeck back because it was fictious and fraudulent. It had been sent from a Trailways bus depot in South Dekota!! I told him about it and he told me it was from the person he sold the truck to and hadnt paid. . believing him once again I let it go. Then shortly after that he began asking me to send him money for various reasons. I sold all my personal possesions over the next couple of mos just to send him different amounts of money, in the name of Ademola Shola David always in that same name. I stopped sending him money about 2-21/2 mos before the end and told him not to ask me for anymore and he never did.