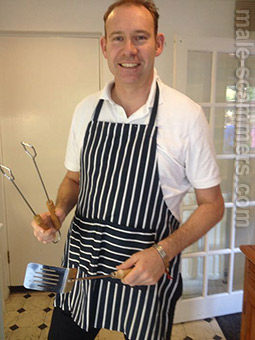 REPORT N1 (added on December, 26, 2014)
Anneli (Sweden)
This so called Raymond Mudd contacted me on Match on Nov 22. We started to communicate daily and he wrote that he was a widower since 4 years back and have a son Conrad 4 years old. His wife died from lymphoma just a few months after their son was born. Raymond himself claims his parents died in a car accident when he was little and he was raised by his grandmother. His childhood was tough - he didn't get enough food and his grandmother was mean to him. He wrote that he is running his own Construction Management company. He gave me phone numbers to his home and his cell, but I could never reach him on either. It was always him calling. He claims to live in Brooklyn on 116 Greenpoint Aveny, but when I search his home phone number it says that his landline is in Bronx. His cell phone is a Google subscription and cannot be traced. He or his company is not to be found anywhere on the internet. I have friends in New York that has tried to search, but could not find him.
Some weeks back, he told me he was about to get a big construction contract in Turkmenistan and that he was travelling there to set up the building site. He was arranging with his bank to bring a check over there for payment. He claims that he travelled to Turkmenistan Dec 20. In the mails that came after "arriving" there he started hinting that he had trouble with the bank - they needed him to pay a conversion fee to be able to get the money paid out from his check. Money he did not have. Reading this I was quite sure that he was going to ask me for the money. and I was right. Dec 24 he called me on Skype and there the question came. I played along and pretended I didn't have any to send. His last line in the Skype chat conversation was "bye for me and thanks for listening to my BS". Since then he has not written or called. Prior this conversation he had written 40 mails in which he swore his love to me, he wanted to come and live with his son in Sweden etc etc.
He wrote fantastic emails - I was very sceptic since the text sounded like it came from famous writers. I have saved all our conversations and I can send them over. The few times we spoke on the phone - his voice and spoken words did not match the way he wrote his emails. I have been suspicious from the start. Told my friends that he is probably too good to be true and most likely a psychopath. And I was right.
He has sent pictures of himself and his 4-year old son Conrad. Doubt that it's him on the pictures.
I have reported him to the dating site Match and they immediately removed his profile. Again had that gut feeling that he was too good to be true and Dec 24 the question for money came.
REPORT N2 (added on December, 30, 2014)
Stella (Finland)
Raymond Mudd contacted me on E-kontakti-website 13 November.

You're amazing, I like the way you think, I'm elated. I'm excited that you want us to communicate despite the distance between the both of us. I'm also excited knowing a little more about you, I'd love to know about your past, your present and also your dreams.

I'm happy to read that you were in New York City for the Marathon and also that you had a great time with your friends in New York. I was in Stockholm in October, I accompanied an Associate from Chicago to Stockholm for a business related event.I only decided to join Swedish Match after the wonderful impression I had of the women in Sweden. I truly think there's something special about Swedish women, in Sweden are on average more friendly than the ones in New York City, Swedish women are very sophisticated and have high standards, they've got an intrinsic sense of responsibility and family value, smart and well educated.

I just sent you a short message, It will be a pleasure for me to te
Read more

Romance scam letter(s) from Raymond Mudd to Anneli (Sweden) part 2
Hello My Love,
I'm sorry that I missed your call, I was away in Williamsburg to visit Uncle George, he's down with flu but he's feeling much better and it's nothing serious. How's your Princess doing? I hope you were able to have a lovely night rest.. Please, can we talk on the phone tomorrow my love? I really do missed hearing the sound of your amazing voice, your words is all I need to survive a day with so much joy and a smiling face..
You really do amaze me and I'm so much in love with you. Understand when I say I love you, I love what we have, the communication , the connection, the company you give me, the dreams you inspire in me. I love the gentleness in you, your caring warm nature and I love the feelings that I cannot express with words. You are romantic, sensitive, articulate, expressive, honest and a real Woman Hardworking, who loves her son, her family and her man. You are a great woman and if you do not mind I will call you MY GREAT WOMAN.
I will
Read more

Thanks for writing to me.I had a big smile on my face when I read your short message.. You come across like a gentle soul - I think you have a way of charming those around you, it would have been great for us to meet halfway, have tea/coffee and cookies but unfortunately we are miles apart..

I'm an American, I've got a four year old son that lives with me in New York City and I work as a Construction Manager. I was told about Ekontakti while I was in Finland, I enjoyed my time there though it was short :) Finnish women are beautiful, charming and down to earth ladies in the World. There's something I love about Finnish accent as well, so cool. I also think the women in Finland are on average more friendly than the ones over here in NYC.

I am going to be in Finland in December. I'd want us to have lunch when I'm in Finland. But before then maybe we could begin to know each other a little bit more. I would like to know you more and for you to
Read more